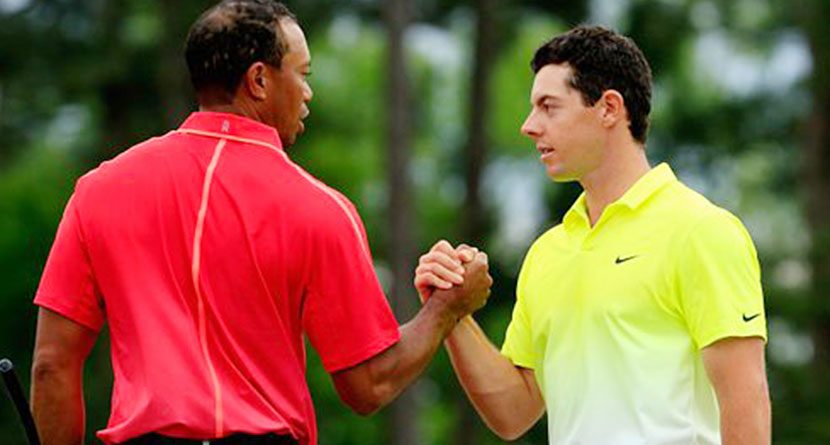 The golf equipment industry is cutthroat at the micro level, so it should be no surprise that when some of the biggest names in golf are up for grabs, the suitors will come calling and they won’t mince words. Now, typically that would mean rumors would leak out about OEMs (original equipment manufacturer) courting the top names, but with Bob Parsons of PXG in the mix now, words are not minced.

.@pxg will be the ones to benefit most from Nike move. Stacks of money, and top product. No surprise they’ve had 30+ player calls already.

Parsons tends to put his name on his comments. The outspoken GoDaddy founder hasn’t shied away from much since his equipment company has entered the professional golf fray and with the dissolution of Nike golf from the hard goods side of the game, Parsons has given us a peek behind the curtain as we try to see where the likes of Rory McIlroy and Tiger Woods will turn for equipment.

GolfDigest.com got some unsurprisingly candid responses from Parsons last week.

We’re just going to sit back and see how it shakes out,” Parsons told Golf Digest Thursday morning. “We’re not going to go knocking on doors. We’re going to see who knocks on our door.”

Parsons said he likely won’t be interested if Woods knocks on his door, but the other two names that Ashford mentioned and a couple he didn’t are a different story.

“There’s no doubt that Tiger has been an icon in the game, that no one has done as much for golf as anyone in history and he’s highly respected for that,” Parsons said. “But I don’t know that his game is what it once was.

“Rory’s somebody to get excited about. And I think there are two other guys that have a lot of potential and that’s Brooks Koepka and Tony Finau. Both of those are guys we had conversations with before they signed with Nike when Nike wrote them a big check. We’d probably want to chat with Michelle Wie, too.”

Not the best endorsement of where Tiger’s game is currently, but an honest one, which is refreshing. By all accounts, PXG’s equipment has been heralded for its quality, not its price tag. Yet at the Tour level and with the kind of money the likes of Rory, Koepka, Finau and especially Woods demand just to show up places, another huge paycheck to play equipment is a drop in an already-overflowing bucket.