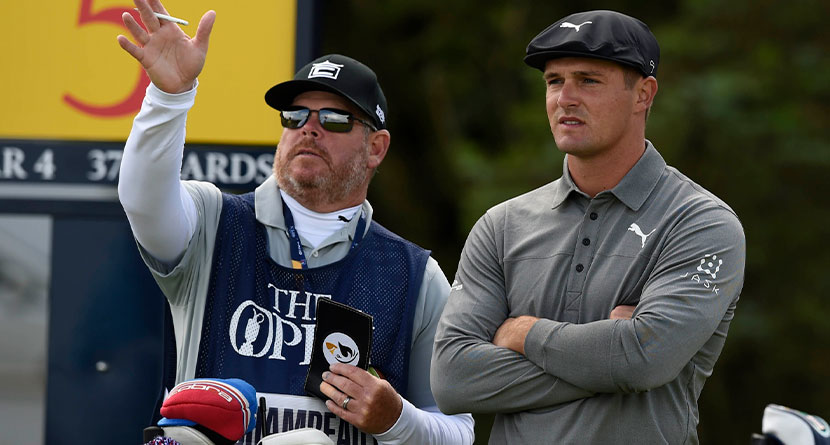 By all accounts, Bryson DeChambeau’s physical transformation that has accompanied his extraordinary distance gain has been as shocking as it’s been impressive.

And you can count R&A chief executive Martin Slumbers among those who has been enthralled with DeChambeau’s gains in the gym and off the tee, but in an interview with The Daily Mail, Slumbers warned that when things get back to normal, distance in the game is one of the first things that could be reined in.

“Bryson, I’m fascinated by,” Slumbers said. “I’m not sure I can remember another sportsman, in any sport, so fundamentally changing their physical shape. I can’t think of anyone. I’m thinking of some boxers, because I love boxing.

“But what is extraordinary is that Bryson isn’t the first one to put on muscle in golf. How he’s able to control the ball, with that extra power, is extraordinary. All credit to him; he’s a true athlete. But I still come back to the belief that golf is a game of skill. And we believe we need to get this balance of skill and technology right.”

R&A chief Martin Slumbers warns that he WILL rein in the big-hitting ‘bombers’ threatening to change golf forever with brute force https://t.co/ScaOpdbxns

Prior to the coronavirus pandemic, the R&A, along with the USGA, released their Distance Insights Report in February, which concluded that ever-increasing length was “detrimental to the game.” While there was supposed to be follow-up reports and actions earlier this year, the pandemic has forced the governing bodies to hold off on taking further action.

“We published our report, along with the USGA, in February. And it said we needed to put a line in the sand and come back – because we think it’s gone too far,” Slumbers said. “My view is very much that golf is a game of skill. It’s important to have a balance of skill and technology.

“We did intend to publish the next stage in March, sending out to manufacturers our specific areas of interest. Specific topics we wanted to evaluate before considering what equipment changes we would – or would not – put in place. It’s all been put on hold because the world has a lot more to worry about. And we were conscious of the golf industry having the time to recover. But we will bring that topic back – because it does need to be discussed.

Once we feel that the industry is stable again – which isn’t going to be tomorrow, because we don’t know what’s going to happen over autumn and winter – we will be coming back to that issue in great seriousness. It’s too simple just to say change the ball. Way too simple. You can do things with the ball. But it’s the relationship between ball and club which is most important to me.”