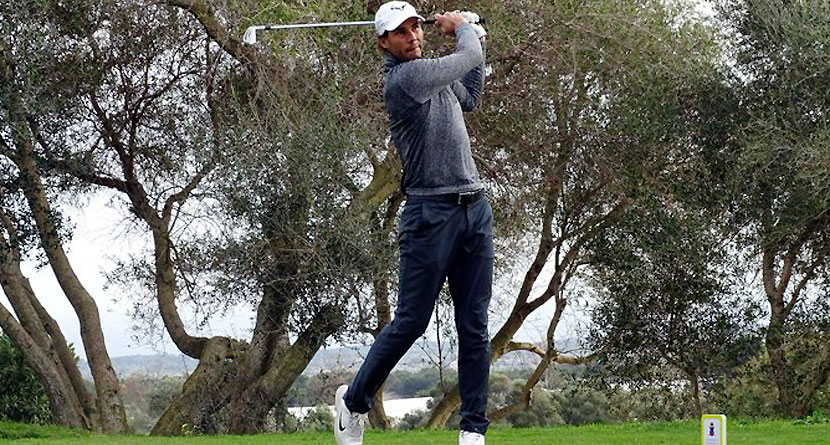 Change can spring from the most unlikely of places, and perhaps a ruling that occurred during the tennis U.S. Open could be a harbinger for what’s to come in professional golf.

With one of the game’s biggest titles on the line, the chair umpire called a time violation on Rafael Nadal for taking too long to hit a serve during the first game of the match. Facing break point, the code infraction called by the umpire stripped Nadal of his first service and ignited a related debate among golf fans.

One of the often-cited rebuttals to the enforcement of slow play in golf has been the timing of the penalties and the players who are penalized. Given the situation and the offender, the infraction called against Nadal flew in the face of both.

“If you don’t think you can enforce pace of play penalties in the biggest of moments, tune into the US Open tennis. Wow!” PGA Tour pro Roberto Castro tweeted.

If you don’t think you can enforce pace of play penalties in the BIGGEST of moments tune into the US Open tennis. Wow!

Time delays just cost Nadal a game when serving for the US Open. Remember that when you hear that we can’t issue stroke penalties in golf because it might happen at a crucial moment.

The last penalty levied during a PGA Tour event came against relatively unknown players Miguel Angel Carballo and Brian Campbell at the team event Zurich Classic of New Orleans in 2017. Before that, the most recent penalty enforced on Tour came 22 years earlier.

With the issue reaching a fever pitch during the 2018-2019 season, various opinions about what should be done to combat slow play have been voiced, but with little-to-no enforcement from the game’s governing bodies.

However, the European Tour recently announced “a concrete four-point plan aimed at tackling the issue of slow play in professional golf” that will be enacted this coming fall. On the other side of the Atlantic Ocean, the 2019-2020 PGA Tour season begins on Thursday at the A Military Tribute at the Greenbrier, although with no such plan in place.