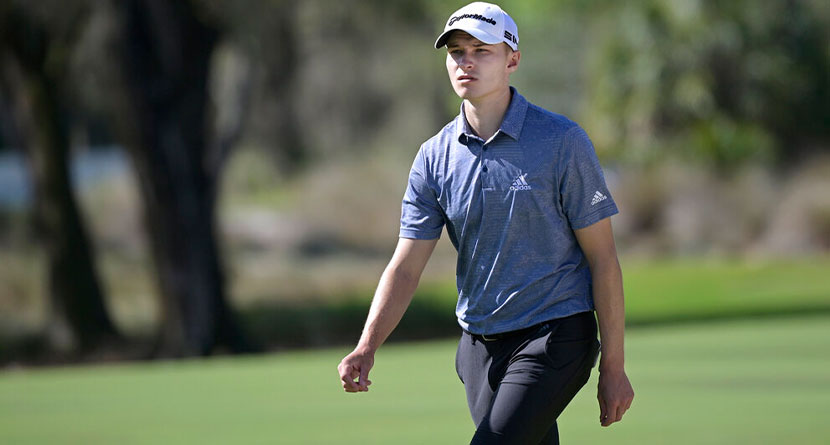 SAINT-QUENTIN-EN-YVELINES, France (AP) — Rasmus Hojgaard holed a 72-foot birdie putt on the way to shooting a 9-under 62 at the French Open on Thursday, giving him a two-stroke lead at the European tour event.

The Danish player’s big putt came at the par-4 4th hole and was one of his 10 birdies at Le Golf National outside Paris. He also made birdie from 21 feet at No. 18.

The 21-year-old Danish player also came just six inches away from a hole in one at the venue used for the 2018 Ryder Cup.

62 for Rasmus Hojgaard on his first go at Le Golf National. Always a good day when you make a 75-foot putt early on and drop another longish one on 18.

Just the second time in 25 years someone has opened this event with a 62. Kaymer went on to win.

“To be fair, I don’t feel like I was that good off the tee but my approach play was very good today, alongside a very good putter,” he said. “I holed a few long putts out there but you have to do that to shoot nine under. I think it’s quite cool to have a course where you need to think your way round a bit.”

Alexander Bjork of Sweden trailed by two shots after firing seven birdies in his bogey-free 64.

The 30-year-old Frenchman shot four consecutive birdies from the 12th hole and finished on 65, another shot back in third place. He said he hadn’t been back to France in several years.

“I haven’t played this course in a lot more years than that, but it feels great,” Barjon said. “You have the home crowd and you speak French all week, so it’s fun. I like this course, you have to drive it well off the tee and then you’ve got a lot of mid-to-long irons when the wind picks up.”

The tournament was not played over the past two years due to the coronavirus pandemic.