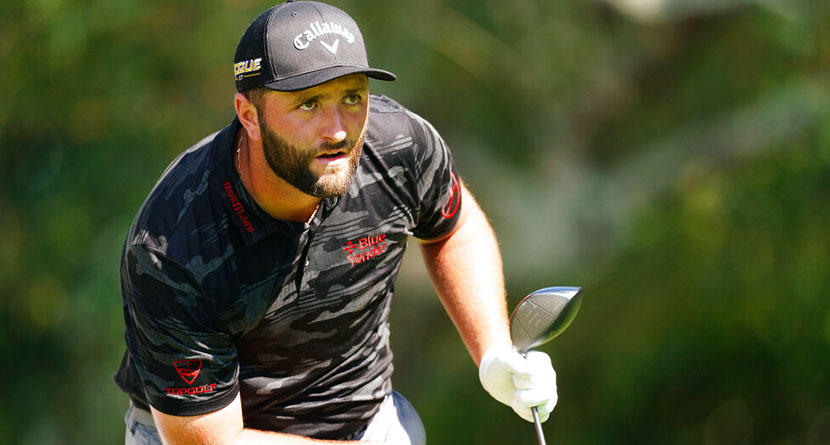 Tiger Woods was one college kid who got everyone’s attention on the PGA Tour.

Retired commissioner Tim Finchem recalls being in the players’ dining room at Firestone during the old World Series of Golf in 1996 when Woods, the NCAA champion at Stanford, was going after a third straight U.S. Amateur.

“The television was on the U.S. Amateur and players were gathered around watching. That hasn’t happened since,” Finchem said in an interview 10 years later, and it still holds true. “Everybody wanted to watch every move he made because they knew he was going to be good. The only question was how good.”

It didn’t take long to find out, but not without Woods having to prove it in Milwaukee, Canada, the Quad City Classic and the B.C. Open. It was his tie for third in the rain-shortened B.C. Open — now a PGA Tour Champions event — that gave Woods enough money for limited status and unlimited exemptions.

He won his next PGA Tour event, and then 81 more after that. He was good.

It’s easier now for the best in college to get a PGA Tour card immediately, and they have the threat of Saudi-funded LIV Golf to thank for that.

The top-10 players in the final ranking will earn #KornFerryTour membership next season with Nos. 1-5 being fully exempt. pic.twitter.com/NbLQuHntzb

PGA Tour University was launched in the fall of 2020, back when “LIV” was only associated with the Super Bowl played that year. The program had been in the works for a few years. The carrot was access to the Korn Ferry Tour.

And now the PGA Tour is paying a lot more attention to the pipeline, which it probably should have done years ago. And even now, it’s worth asking if the tour is doing enough.

For all the PGA Tour offers — money, history, tradition — it’s hard to compete against a rival league offering guaranteed riches ($120,000 for last place even without a signing bonus, against a 48-man field). Chacarra surely got everyone’s attention when he took home $4 million for winning a LIV event in Bangkok.

Would that have appealed to Woods in 1996? He was a different cat in so many ways, starting with that $40 million Nike contract — unheard of back then — that his late father, Earl, once referred to as chump change (he was right).

“I’m not going to lie. If you asked me in 2016 and offered me $50 million to play LIV, I don’t know if I could go to my dad and say, ‘We’re going to turn this down.’ I don’t know if I can tell you I wouldn’t have taken it,” Jon Rahm said. “And a lot of players are going to do the same thing when you have nothing and get offered that as a guarantee.”

Rahm’s advice to the PGA Tour was to “start looking at college players and offer them more than you do now.”

“Today, kids grow up wanting to be on the PGA TOUR.” – Coach John Fields

PGA Tour University offered the leading five college seniors Korn Ferry Tour cards from June until the end of the season, and the next 15 could go to Canada or Latin America.

That’s why when Rahm was asked what the tour offered, he replied, “Nothing.”

“There’s a lot of lost talent out there in Canada and Latin America,” he said. “Every other major sport has a direct path to the major leagues from college except golf.”

That’s about to change. The PGA Tour board is expected to give final approval Monday to a plan in which the top college senior will get a PGA Tour card after the NCAAs in June. He could play as many as eight events, and if he doesn’t make the postseason, as many as seven more in the fall.

This will be the first time a college player has a direct path to the PGA Tour, much like college stars going straight to the NFL or NBA.

The idea is to create a path to the tour but keep the bar high enough to avoid getting someone who gets hot. Over the last decade or so, the tour figures players like Jordan Spieth, Justin Thomas and Sam Burns — all among the top 12 in the world — would have been eligible.

The balancing act is providing the right amount of cards to college stars for a tour where it’s already tough to get into tournaments. A year ago, the tour had 201 members who played at least 15 times. The typical field in the summer is 156 players. And it’s about to get tighter in 2024.

But if the tour lost market shares when players defected to LIV Golf, and the best way to replenish them is through the college ranks, the tour should consider going further.

Only the top college senior gets a PGA Tour card. The next five can go to the Korn Ferry Tour, and the next 13 go to either Latin America or Canada.

Is there room to offer the top five college seniors a PGA Tour card without squeezing the membership? This is what the tour has to contemplate.

Perhaps one solution is to dedicate four sponsor exemptions to the previous year’s PGA Tour University ranking, instead of being for current PGA Tour members or unrestricted.

The Travelers Championship and John Deere Classic are among tournaments that were ahead of the curve in looking after college stars. That needs to be a stronger focus for the PGA Tour, and its “University” ranking system is a start.

It’s better than nothing.