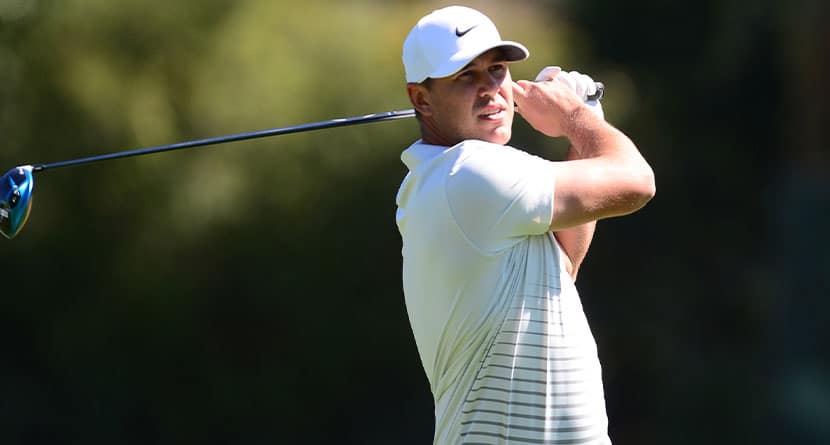 Brooks Koepka posted an ominous Twitter picture collage on Sunday evening that led to confirmation from Eamon Lynch at Golfweek: the four-time major champion had gone under the knife again.

Koepka told Lynch that he had undergone surgery on his right knee on March 16 — it was his left knee that had been giving him trouble for the last 18 months — following a sprain he suffered while he was with his family in Florida before The Players Championship.

The four-time major champion won at Waste Management Phoenix Open last month and appeared to have his game back in shape at the perfect time after a frustrating 2020 he chalked up as a disappointment due to injury and swing compensation. However, his withdrawal from The Players last week signaled concern for fans.

Now, with two weeks to go before the Masters, Koepka may be in danger of missing his second major of the last three that have been contested having also missed last year’s U.S. Open at Winged Foot.

Only 1 way to go from here ⬆️ pic.twitter.com/cE5EH9e4tS

“Whatever my body says, I’m going to listen,” Koepka said of his next steps, including plans to tee it up at Augusta National.

Since Koepka’s win in Phoenix, he finished in a tie for 38th at The Genesis Invitational and runner-up at the World Golf Championships-Workday Championship at The Concession.

He’s had recent success at The Masters as well, having finished T7 at Augusta National in November and he was T2 in 2019.

Lynch, who confirmed the story, joined Golf Channel’s Golf Today on Monday to discuss what this means for Koepka going forward.