Golf’s Future In The Olympics Safe In 2024, Beyond 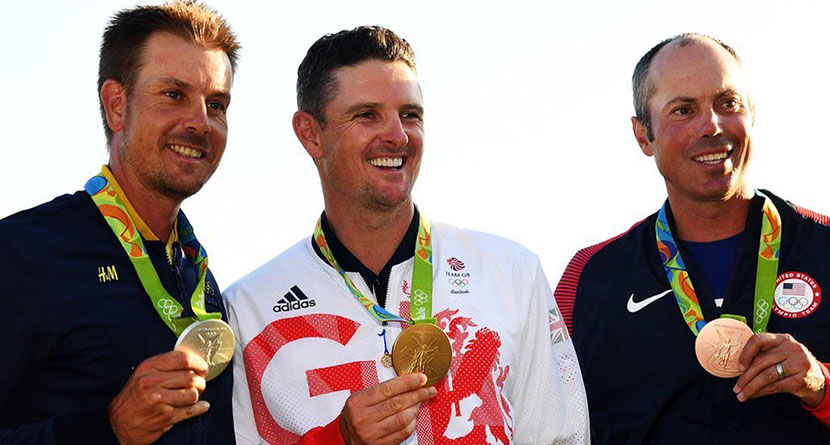 Despite big names dropping out and concerns over the performance of the ones who made the trip to Rio de Janeiro earlier this year, golf’s return to the Olympics was met with universal acclaim. However, even with the success of both the men’s and women’s events, golf’s future in the Games remained shrouded in mystery.

Would the dropouts be the overriding memory of the fortnight, or would the exceptional golf played by those who competed overshadow the negatives? According to a report from The Guardian, the latter seems to have won out.

Golf is expected to retain its Olympic status despite the negative publicity that preceded its return to the Games for the first time in 112 years.


Confirmation that the sport will remain part of the Games until 2024 at least should come early in the new year.

Several leading players refused to play in Rio for a variety of reasons and it was feared golf may survive, as had been guaranteed, only for 2016 and 2020.

A source at the International Olympic Committee said it would be “very surprising” if golf is not afforded an extended run. The IOC meets early next year for a standard review and to announce what sports will feature in the 2024 Games.

The International Golf Federation, which has overseen the return of golf to the Olympics, will point to measurable, broad benefits of golf’s inclusion when it has its review session with the IOC.

The IGF is especially keen to highlight golf’s growth in the southeast Asia, with the 2020 Games to take place in Tokyo.