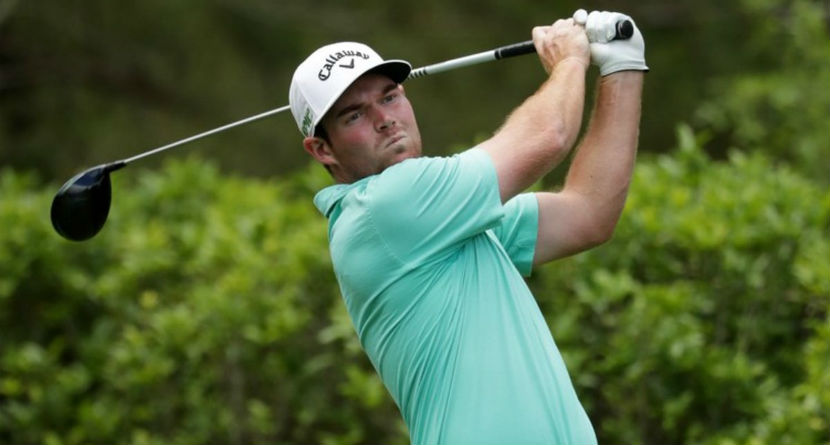 Firing a caddie mid-round on the PGA Tour rarely happens, but it apparently did on Sunday. During the final round of the Wells Fargo Championship, Tour rookie Grayson Murray reportedly had an “altercation” with veteran caddie, Mike Hicks to the point where Hicks dropped the bag and walked off.

WRAL Raleigh has the report:

Murray, and his caddie Mike Hicks, got into an altercation on the ninth hole Sunday in the final round at Eagle Point Golf Club in Wilmington. Hicks then dropped the bag and handed his smock to a replacement caddie selected by Murray from outside the ropes.

According to sources, the replacement caddie was a friend of Murray named Alex.

The altercation came following a bogey on No. 8 that sent Murray to 1-over for the tournament. Murray then bogeyed Nos. 11, 15 and 18 to finish the event at plus-4.

The 55-year-old Hicks, who has caddied on Tour since 1980, has been with Murray since his days on the Web.com tour and even mentored him through Q-School.

Hicks was on the bag for Payne Stewart at the U.S. Open in Pinehurst in 1999 and had also caddied for Greg Norman, Justin Leonard and Steve Stricker. So who will caddie for Murray at the Players Championship? On second thought, he probably already has one in mind.