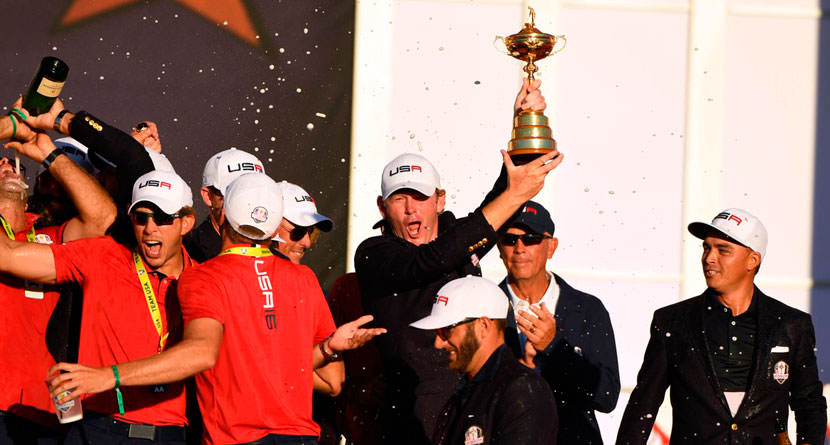 While the United States Ryder Cup team may still be shaking off their hangover from the team’s first win in eight years this past October at Hazeltine, the PGA of America is already looking ahead to 2018. According to multiple online reports, the PGA is expected to name Jim Furyk as the U.S. team captain.

Furyk, who has been a member of nine Ryder Cup teams, which is second-most all-time behind Phil Mickelson, was an assistant captain to Davis Love III at Hazeltine. Furyk has won 17 times on the PGA Tour, including the 2003 U.S. Open. He’s been a member of two winning sides as a player.


The PGA of America typically announces the captain in an official press conference in February.