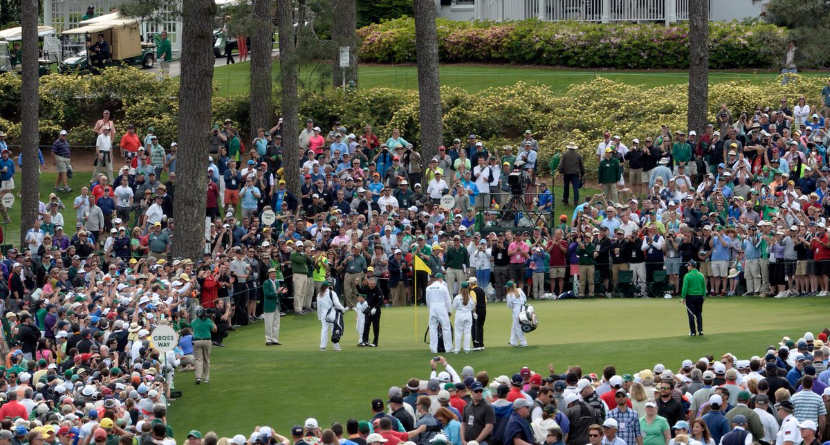 The Masters is right around the corner, which also means so is springtime, azaleas, and the ever-popular Par 3 Contest. However, this year’s field in the Wednesday tradition unlike any other will reportedly be a little lighter than in years past.

According to an AP report,  Augusta National has sent letters to its “honorary invitees,” meaning former major champions and past U.S. Amateur winners, to inform them that the Par 3 Contest will be limited only to players in the field and past Masters champions due to increased participation and interest.

According to an AP report, the field at #TheMasters par-3 contest is about to get a lot smaller: https://t.co/4AEOfCnW9s pic.twitter.com/9gJHLU1PHS

Additionally, these “honorary invitees” used to have the same privileges as anybody in the field up until Thursday, which included practicing. However, now the club is asking that they no longer play practice rounds or use the practice facility.

According to the report, they will continue to receive other perks that include two clubhouse badges, a $1,000 honorarium, a commemorative gift and “special access” during tournament week, so that got that going for them, which is nice.

As a reminder, no player has ever won the Masters and the Par-3 Contest in the same year. The 2017 Masters kicks off April 6 at Augusta National Golf Club.