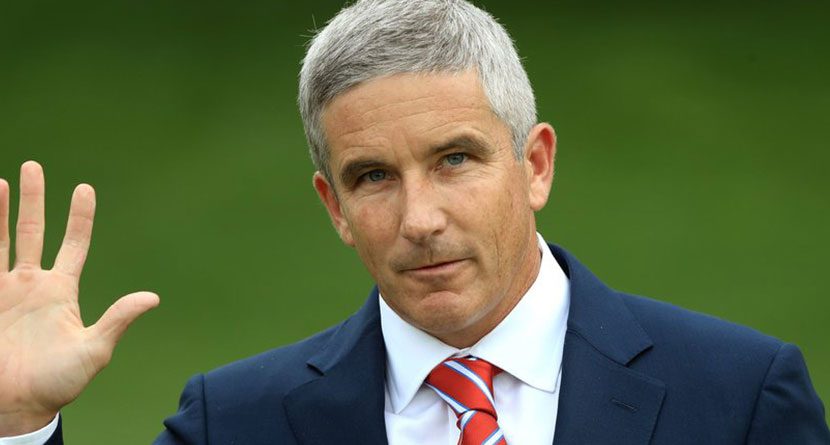 The most financially successful era in PGA Tour history is slated to come to an end on Monday, according to a report from GolfChannel.com’s Rex Hoggard. Sitting commissioner Tim Finchem is expected to be replaced by deputy commissioner Jay Monahan via a vote of the PGA Tour Policy Board during their last meeting of the calendar year.

The move, which has been months and years in the making, is more or less a simple passing of the torch, and by no means an ouster. Golfweek.com had more details.

The “keys to the kingdom” in Ponte Vedra Beach could be handed over on Monday, according to a report on GolfChannel.com. The PGA Tour Policy Board’s final meeting of 2016 will take place that day (Nov. 7), with the board voting to approve Monahan as the PGA Tour’s new commissioner.

The move itself would of course not be a surprise, as Monahan has been Finchem’s anticipated successor for the last few years. Monahan, 46, has been the PGA Tour’s deputy commissioner since 2014 and added on the title of chief operating officer in April. Prior to his deputy commissioner appointment, Monahan had been the Tour’s chief marketing officer and executive vice president from 2013-14 and its senior vice president of business development from 2010-13. Previously, he had stints running the PGA Tour’s Deutsche Bank Championship and The Players.

Monahan’s move to the top spot became impending earlier this year when Finchem, 69, announced he had received a contract extension through June 1, 2017, but could retire by the end of 2016.

Finchem held his last public and scheduled press conference prior to the 2015-16 Tour Championship at East Lake, following which he sat down with Golf Channel and explained some of the biggest challenges following his successor.