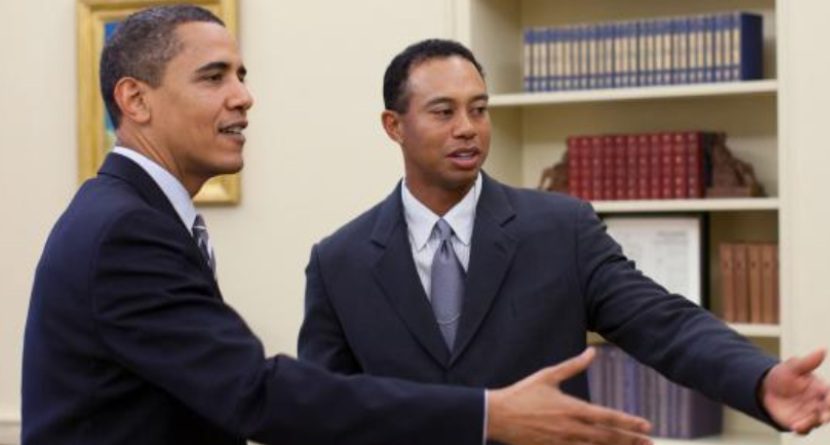 President Obama has accomplished many things during his time as Commander in Chief, but one thing his critics like to point to is the amount of golf he’s played while in office. Although he is no where near the rounds played numbers put up by Woodrow Wilson (1,200) or Dwight Eisenhower (800), Obama has hit the links over 300 times in the past eight years.

One such weekend of golf is making news this week: a trip he took in February 2013 when he played a few rounds with Tiger Woods.

The Washington Times had the report:


The Government Accountability Office reported Wednesday that the departments of Defense and Homeland Security spent more than $3.6 million in travel costs and other expenses for Mr. Obama’s getaway weekend with Mr. Woods and other golf partners at an exclusive resort in Florida.

The audit said the costs included operation of Air Force One, at about $200,000 per hour of flight, plus a virtual squadron of “supporting aircraft and U.S. Coast Guard small boats,” as well as per diem and other travel expenses for an unspecified number of Pentagon and Homeland Security personnel required to support the president’s golf weekend.

The military transport aircraft needed for the golfing weekend included a $200 million C-17 Globemaster and the C-5 Super Galaxy, which departed from various U.S. Air Force bases and arrived at Joint Base Andrews or Marine Corps Base Quantico “to transport Secret Service personnel and vehicles and Marine Corps personnel and helicopters to support the trip before returning to their air bases of origin,” the report said.

The Pentagon spent at least $2.8 million, and the Homeland Security Department spent another $767,000, which included about $180,000 for the Secret Service.