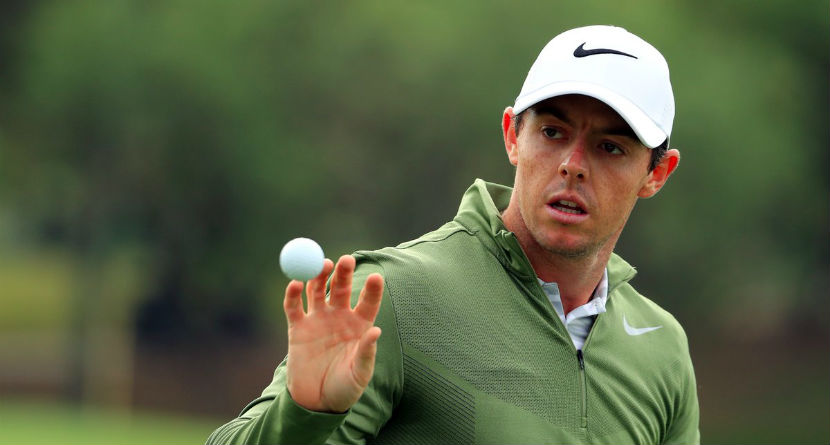 Rory McIlroy just did it. The four-time major winner reportedly re-upped his contract with Nike for ten years worth a whopping $100 million. The deal means Rory will be decked out exclusively in the swoosh until the time he’s 37 years-old!

“I’ve loved this company since I was a kid,” McIlroy said in a statement, according to the Telegraph. “I’m really happy to continue this journey with Nike.”

While his apparel deal is locked in, his equipment deal certainly is not. Ever since Nike announced their departure from making equipment, Rory has been shopping around. McIlroy currently has been playing Callaway woods and irons, Titleist wedges, Scotty Cameron putter and ball. While these companies would love to slap their Rory’s name on their brand, the Nike deal prohibits any other logos on his apparel, which could make negotating deals rather interesting.

Whether it’s a coincidence or not, Nike recently released a funny new ad campaign starring Rory and new Nike ambassador Jason Day, who they signed back in February.

There’s one in every foursome ?#NikeGolfClub