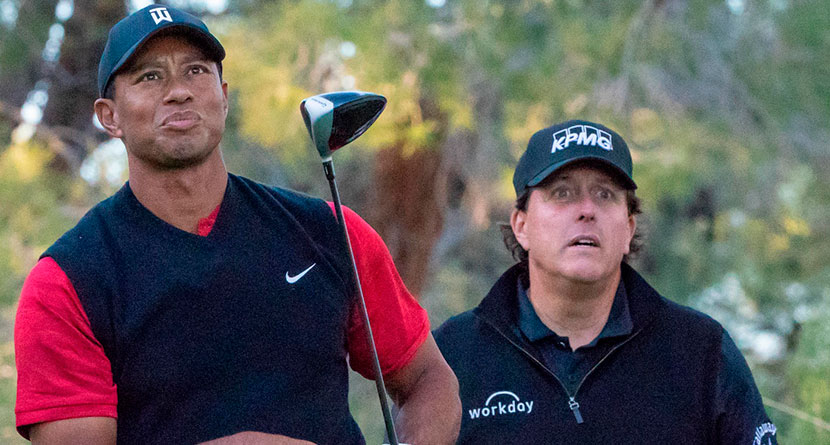 When Phil Mickelson hinted on Sunday evening that a possible reprisal of The Match against Tiger Woods was a possibility, he promised that he’s “kinda a sure thing.”

As it turns out, Mickelson was telling the truth, according to reports from CNBC.com and Golf.com on Wednesday.

CNBC.com’s Jabari Young and Golf.com’s Michael Bamberger both cited anonymous sources close to the negotiations that confirmed Mickelson and Woods would be playing alongside NFL stars Peyton Manning and Tom Brady in a benefit match expected to take place in mid-May at a Florida course with no spectators and a skeleton production crew with social distancing precautions being utilized.

Of all sports, Golf could be coming to the rescue

Young reported that the event could be broadcast live on Turner-owned TNT elsewhere in the WarnerMedia company, but it’s unlikely to be a pay-per-view event like the first iteration was intended to be.

Commentary is expected to come from stars from other professional sports (who will be off-site) such as Charles Barkley and other athletes from the PGA Tour, NBA and NFL.

You know Vegas is bored when they're already putting out lines on any proposed Tiger-Phil II featuring Tom Brady and Peyton Manning. pic.twitter.com/COihW7rG8V

One potential snag, as reported by ESPN.com’s Bob Harig, is that the potential match has yet to be approved by the PGA Tour.

“Discussions along these lines have been ongoing for quite some time, but nothing has been approved by the Tour,” the tour said in a statement Wednesday.

Similar to The Match in November 2018, Woods and Mickelson require permission from the Tour to participate in non-sanctioned events because the Tour controls their media and television rights as part of their membership agreement.