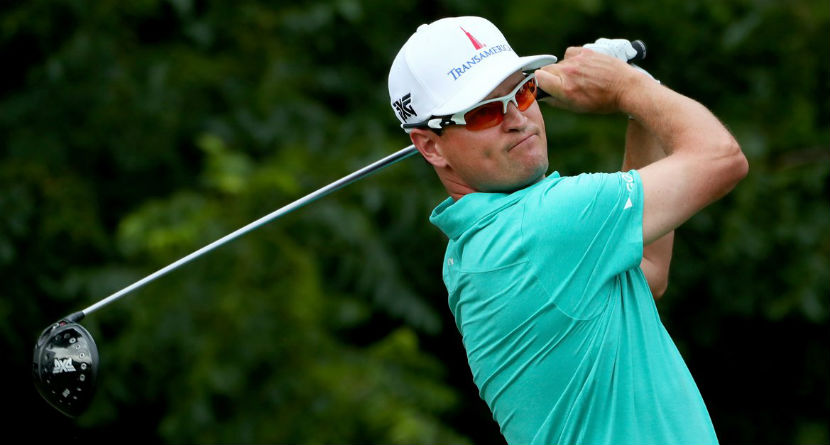 The only thing hotter than the weather at the Dean & DeLuca Invitational on Saturday was apparently Zach Johnson’s temper. On a day where temperatures at Colonial Country Club in Ft. Worth, Texas climbed into the mid-90s with heat indexes topping out at a steaming 108 degrees, the two-time major winner reportedly was put on the clock for slow play on par-4 12th hole causing him to absolutely lose it:

Zach Johnson with a major meltdown after being put on the clock. Dumped all his clubs out of the bag! pic.twitter.com/KDJleSu8vC

Yes, as Michael Martin points out in this photo of the aftermath, those appear to be Johnson’s clubs scattered on the ground. Whether it was the warning or the fact that according to PGA Tour’s shot tracker the 41-year-old had 148-yards for his approach and left it in the rough twice before ultimately blasting out of the sand and tapping in for double bogey remains to be seen. Unfortunately, no video evidence of the meltdown has surfaced. Johnson went on to post a five-over 75 and sits in a tie for 65th.

Webb Simpson seems to be handling the heat just fine and leads the way at nine-under par over Paul Casey and Danny Lee who are both at seven-under. Defending champion Jordan Spieth is only five shots off the pace at four-under heading into the final round.