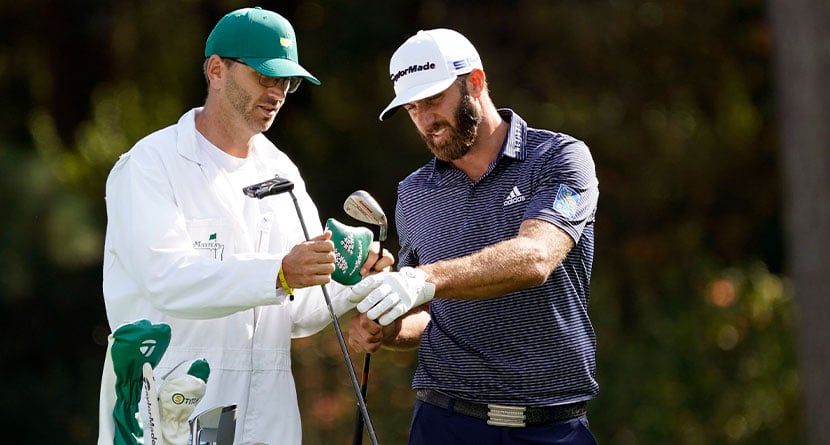 There’s a common misconception in golf that good putters always putt well, whereas ball-striking can be a day-to-day crapshoot.

It’s likely that a great marketing arm of a putter company drilled this thought into our collective minds because data bears out that the opposite is true — you’re far more likely to hit it consistently similar over days and months and weeks than you are to hole putt after putt, round after round.

Regardless, this thinking has permeated more than a few golfers, myself included, which makes changing putters with the regularity of drivers, fairway woods, wedges and even iron sets a scary proposition. Whatever the reason, as a lifelong blade putter traditionalist, very few trends have caused me to stray away from my trusty Scotty Cameron Newport 2 putter.

Replacing a hand-me-down (which is the nice way of saying I stole it from my dad) Ping Anser 2 and an Oddysey White Hot #1, the Newport 2 has been in my bag for close to 15 years. That streak continues to this day, although there has been one putter that has intrigued me enough to go out of my way to bench the Scotty: the TaylorMade Spider Tour Itsy Bitsy.

In late 2016 and early 2017, the Spider Tour IB started showing up in droves at events — Jason Day, Sergio Garcia, Rory McIlroy, Jon Rahm all were gaming the Spider Tour Red. Dustin Johnson, and a handful of others, were using the black version.

With slight alterations to the insert, I finally got my hands on a Spider Tour Black IB and immedately saw the benefits of a mallet putter for someone like myself who can struggle with a shaky stroke.

Fast, sloping greens are @DJohnsonPGA’s bread and butter. He conquered the greens at #themasters and rolled in 20 birdies and 2 eagles with his trusty #SpiderTour. #sandwiches #PureRoll pic.twitter.com/0eA5H8ektp

The Looks, Sound And Feel

One of the complaints about the early editions of Spider Tour IB putter was its lack of alignment aids on the top line of the putter. As someone who bounces between using a line on their golf ball only to oftentimes bring more doubt into the equation, this ommission was a welcomed change.

The overall look of the matte black finish was bulky at first, especially coming from a family of blade putters previously, but with more practice and rounds on the course, the heavier feel and bigger look became more comfortable, sewing confidence in my short-range putting as I would happily report to anyone interested, “it feels like the putter swings itself.”

Indeed, in my experience, especially with those nervy putts inside 5-6 feet, the heft of the putter offered more stability for my stroke. It felt like if I could get the putter taken away on line, a simple release would take over through impact, which would alleviate a tendancy of deceleration.

The sound off the face also took a little getting used to. A louder “click” as opposed to a more muted impact on my Newport caused a double-take or two the first few times you really have to hit one from long distance, but like most every other club, that noise fades away as you dial in your line and speed and actually concentrate on what you’re trying to do as opposed to what sound your club makes.

Finally, the feel off the club was solid. As with any club, you can feel that slight, buttery difference when it’s struck directly out of the center, but even off-center hits still feel solid thanks to the mass coming behind the ball. As with any putter or club, mishits result in slightly inconsistent distance control, but where this putter shines is in the close range, so there’s some give and take there.

Short game and putting were critical to @DJohnsonPGA‘s #TheMasters win.

The tools he used ⤵️

As intimated above, the TaylorMade Spider Tour replaced my Scotty Cameron Newport 2 for about a year, but habits are tough to crack. The Newport 2 is back in the bag (after a paint job – matte black like the Spider), but that’s more of a reflection on me than it is on the putter.

And unlike other one-and-done putters, the Spider Tour stays in the rotation, making appearances on the course a few times a year when the Scotty is misbehaving. On the practice green or in the basement, the Spider acts as my “get-right” putter when it feels like my stroke has gone a little astray.

The mallet-style and heft of the club help me to feel that solid releasing motion that an overzealous or tight grip can cause with lighter and easier-to-manuever puterheads.

If you’re looking for a little more confidence from short-range and keen on riding the coatails of some of the best golfers on the planet, there’s a reason why the Spider Tour family of putters is one of the most popular on the circuit.