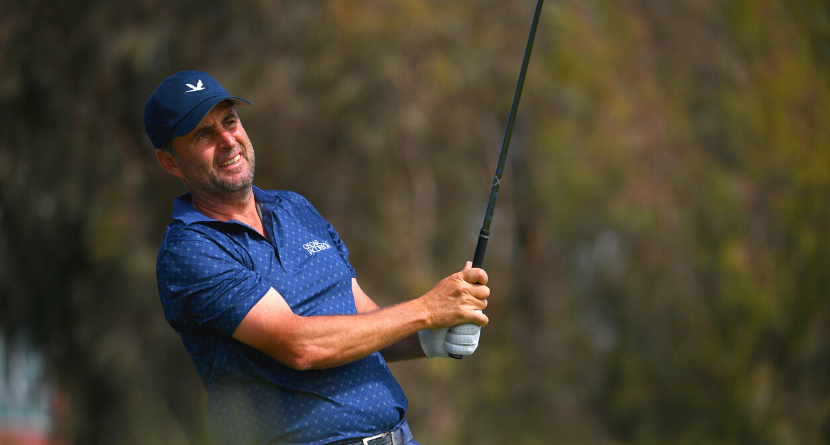 Richard Bland is a late bloomer. The Englishman is playing his best golf at the age of 49, holding down a spot just outside the top 50 in the Official World Golf Ranking. He won for the first time on the DP World Tour a year ago, and he’s even contended in a couple of recent major championships before ultimately fading.

Bland’s resume also makes him precisely the kind of player who would seem a fit for a startup circuit with a short schedule and massive paydays — and he’s apparently comfortable with whatever consequences his involvement might bring.

“I am going to play,” Bland said of the Saudi-backed LIV Golf Series in a recent radio interview. “If I get banned, I get banned.

“Most of my career is behind me now as regards playing at the very highest level. I’m 50 years old in six months. I’m a realist. Mother nature does tend to catch up on you. I have an opportunity to play these events and secure my future and I’d be pretty foolish to turn that down.”

The DP World Tour shares the PGA Tour’s position on defectors; since the first inkling of a mass exodus to the breakaway league, the threat of lifetime bans has been in place. Accordingly, Bland’s request for a release was denied.

“That’s something I’m prepared to put up with and take on the chin,” Bland said of the likelihood that he’ll face some form of disciplinary action. “We’ll see what they are and what the repercussions are. No one really knows. I’ve spoken to [DP World Tour chief executive] Keith Pelley but he’s keeping his cards close to his chest so I don’t think anyone really knows.”

Bland’s breakthrough win at last year’s British Masters was his first in 478 starts. He’s making his sixth start in a major championship this week at the PGA.