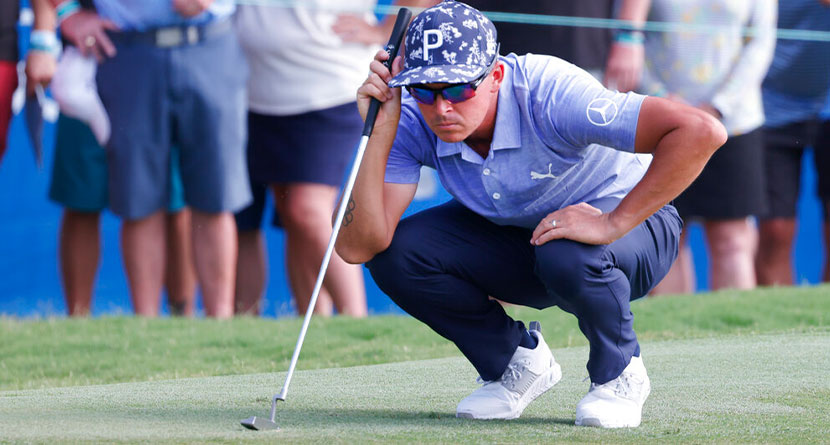 MEMPHIS, Tenn. (AP) — Rickie Fowler narrowly avoided missing the FedEx Cup playoffs for the second straight year, and he will proceed with a new caddie.

Fowler is parting ways with Joe Skovron, a childhood friend and the only full-time caddie he has ever had.

“It was a team decision,” Fowler said. “Decided to go different ways. It could be the best option currently. By no means does this mean it’s the end of the road. He’s like a big brother to me.”

Fowler hasn’t won since the 2019 Phoenix Open and his slide in the world ranking has taken him all the way to No. 167. He missed the cut at the Wyndham Championship and only finished at No. 125 when a couple of players had a tough final round, and because of nine LIV Golf players who didn’t count in the standings.

He will use Cobra-Puma employee Ben Schomin, who previously filled in for Bryson DeChambeau, at the FedEx St. Jude Championship this week.

“It is different,” Fowler said. “In 13 years, there’s been only one other week, my rookie year, when I had someone else on the bag. One of our assistants from Oklahoma State, Donnie Darr, he caddied for me at the Memorial. Outside of that, Joe has been my guy.

Fowler and Skovron grew up together northeast of San Diego in Temecula. Fowler says he has known him since they were toddlers.

“It’s much more than a business thing for me,” Fowler said. “Like I said, he’s like a big brother, and we’ve always been a team; just thought it was potentially the best option for right now.”