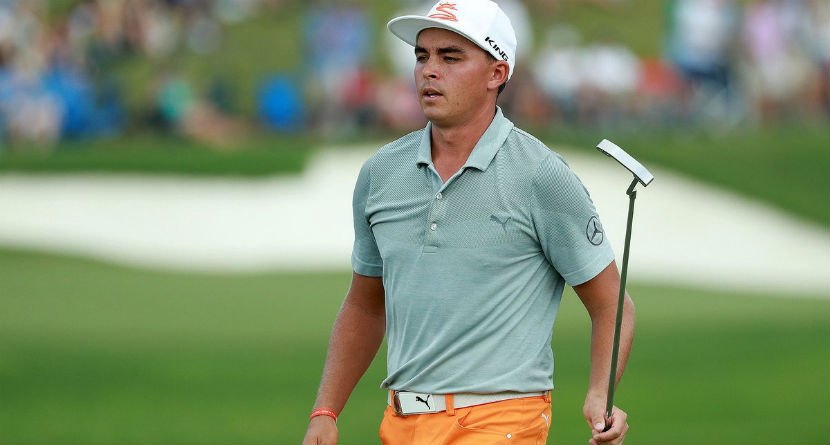 Jordan Spieth fell short in his bid to become the youngest ever to achieve the career grand slam at the 99th PGA Championship this past week, but it was somebody outside the ropes who came agonizingly close to his own grand slam – of betting. Ironically, his name is Jordan, too!

Jordan Baker, a professional golfer from England according to his Twitter profile, put down £2 at the beginning of the 2017 season on a parlay picking the winner of all four major championships at one million-to-one odds!

He took Sergio Garcia at 40/1 to win the Masters, which hit. Then he had Brooks Koepka to win the U.S. Open at Erin Hills at 80/1. Bingo! Two down three to go. He even had Justin Thomas at 35/1 to win the PGA Championship! Who is this guy?!

Unfortunately, he chose Rickie Fowler (28/1) to win at Royal Birkdale during The Open Championship, which ended Baker’s hopes of becoming an instant millionaire.

As you can imagine, watching Thomas claim the Wanamaker Trophy on Sunday did not exactly sit well with Baker: