Rickie Fowler Gets Stopped By TSA, Is Not Amused 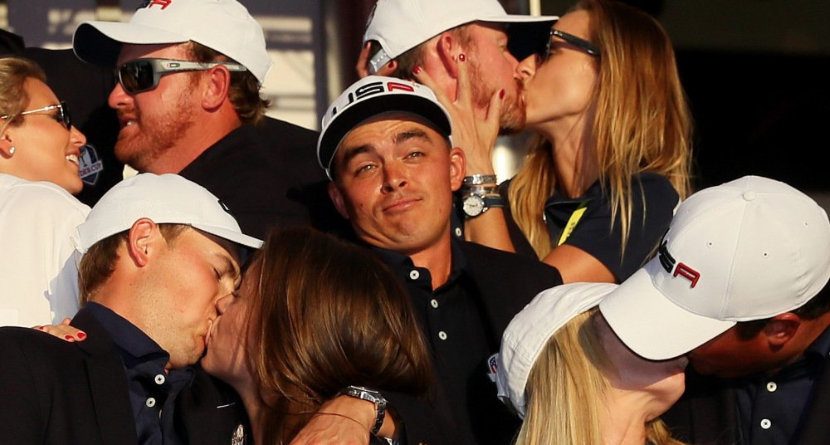 The prank wars between Rickie Fowler and Danny Lee have resurfaced this past weekend. If you need a refresher, the saga began back in 2015 during the Tour Championship and continued throughout the 2016 PGA Tour Season.

This latest strike occurred while the two were on the way to Australia for the World Cup of Golf. Danny Lee took it to the next level by slipping a partially-filled water bottle in Fowler’s bag just before they went through airport security. Clearly, he was not amused:

look who I found at lax airport @rickiefowler lol having hard time at lax but his always happy! it’s gonna be a long trip to Melbourne Australia! here we come @WorldCupGolf #aus #longtrip #friend

Thankfully, there’s proof Rickie made it through security!

It should be interesting to see how Rickie responds. 2017 is going to be fun!