The Boys Are Back In Town: Spring Break 2017 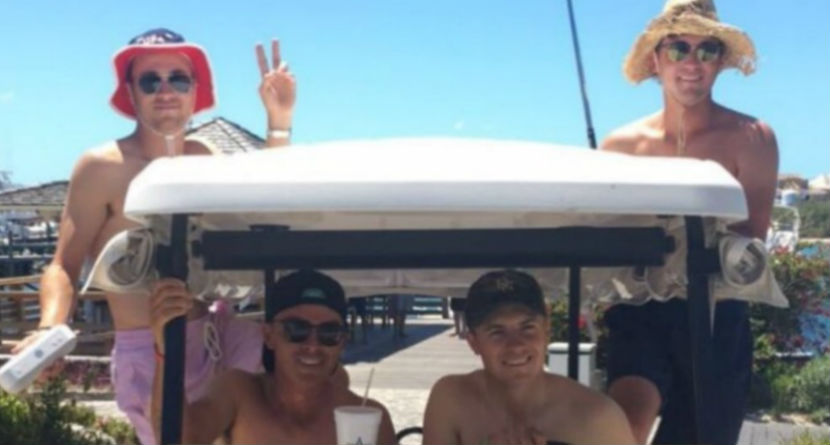 The boys are back in town! Jordan Spieth, Rickie Fowler and company have descended upon Baker’s Bay Golf and Ocean in the Bahamas for the second consecutive year to celebrate spring break as only millennial PGA Tour winning millionaires know how. To refresh your memory, here’s a recap of last year’s festivities.

On Tuesday, just two days removed from the Masters, the penultimate group of Rickie and Jordan, along with Mr. 59 Justin Thomas, and 2016 spring break MVP Smylie Kaufman arrived and took to social media to document their second annual spring break, appropriately named SB2K17 (Spring Break 2017). Here’s a look at the antics their antics thus far:

Apparently, some people weren’t too thrilled they weren’t invited!

And it seems like Justin Rose is blowing off a little steam on his own spring break after coming so close to his first green jacket. He even creatively dubbed his trip SBJR17!