Rickie Goes Undercover As A Caddie 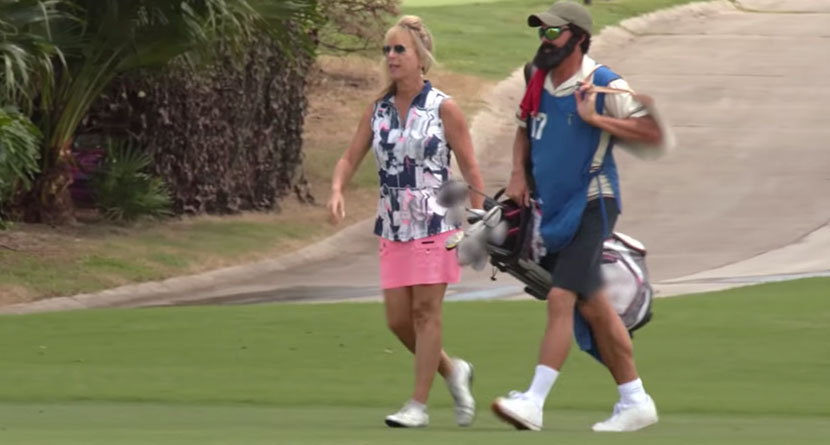 Rickie Fowler catches a lot of flack for not living up to the potential that golf fans have for him, but you have to admit, his acting skills are pretty strong.

Starring in a new Farmers Insurance spot, Fowler went full Uncle Drew for an appearance on the links that not even the most ardent golfers could recognize.

Going into the make-up chair, “Richard Flower,” a veteran caddie emerged ready to give unsuspecting golfers a hand with their clubs, and if they were willing, their swing.


Most of the golfers in the spot gave Flower a cold shoulder as he offered some pointed advice, but by the end of things, he had gotten a few bags before revealing himself to his golfers.

“You’re Rickie Fowler,” one of his golfers exclaimed as Flower unmasked himself.

“I told you I know how to putt,” Fowler responded.

In part two, Fowler gets up to his normal shenanigans with some chipping lessons and some Phil Mickelson calf needling.

All in all, a good use of Farmers’ money.