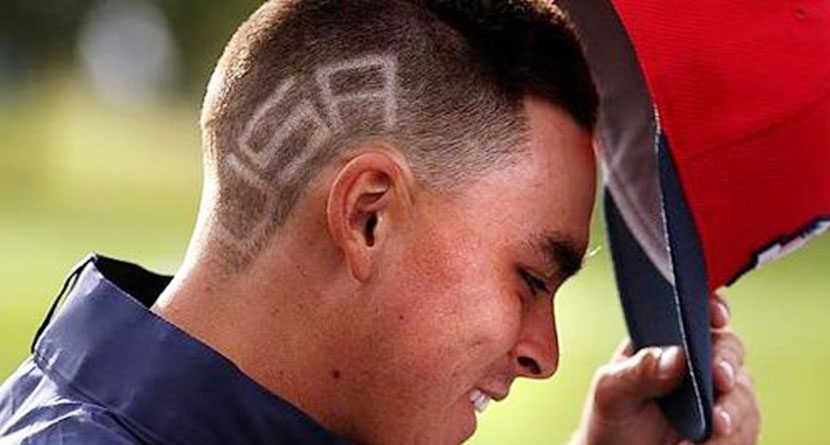 Rickie Fowler will have the honor of carrying an entire country on his back as he will be the lone golfer representing Team USA during Friday’s opening ceremonies of the XXXI Olympiad in Rio de Janeiro, Brazil.

Looking forward to wearing some red white and blue in Rio @olympics pic.twitter.com/8bpr5d9iL4

The “other 3,” Bubba Watson, Patrick Reed, and Matt Kuchar will not be partaking in the festivities due to a legitimate excuse — they’re playing in the Travelers Championship this week at TPC River Highlands in Cromwell, Conn.

Besides debuting the high-top/jogger combo, it’s been a fairly lackluster year for Fowler. He currently sits outside the top-8 in the Ryder Cup standings, meaning he is not yet guaranteed a spot on the squad. He knows missing the next 2 weeks won’t help his chances either.

“I haven’t played as well as I would have liked to the past few months, which has kind of put me in a tough position,” he said at promotional event for the Deutsche Bank Championship, according to GolfDigest.com.

While Rickie will be focused on winning gold, he’ll also be sure to enjoy the fact golf is part of the games for the first time in 112 years:

“I always wanted to have that opportunity, especially with the way the schedule worked,” Fowler said. “So now I’ll be the only golfer, but it will be pretty cool. Looking forward to not only the opening ceremonies but getting to see some of the other athletes that are down there and seeing greatness happen in front of me.”