Fowler WDs From Mayakoba Due To Intestinal Infection 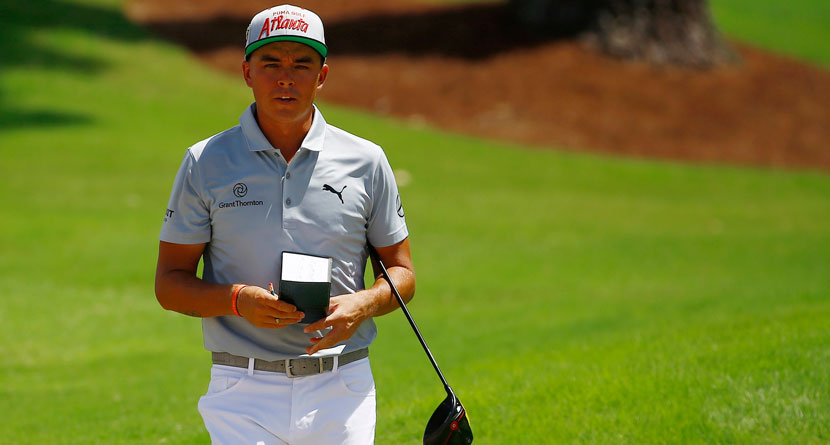 Rickie Fowler’s honeymoon doesn’t sound like it ended the way he would have liked.

Following his marriage to his longtime girlfriend Allison Stokke at the beginning of last month, Fowler came down with an intestinal bacterial infection on his honeymoon that has kept him out of commission in recent weeks and led to a withdrawal from this week’s Mayakoba Golf Classic in Mexico.

“It was not a fun stretch,” Fowler wrote in a text message to Steve DiMeglio of USA Today.

Fowler reported that he had come down with Campylobacter jejuni which leads to cramps, fever, pain and diarrhea.  As a result, Fowler said that he only has started to feel better as of November 7.

“I am taking medicine prescribed by my physician,” Fowler said, according to ESPN.com’s Bob Harig. “But am not at full strength yet. As a result, I am ill-prepared to compete next week.”

Fowler hasn’t played on the PGA Tour since the Tour Championship in August. He had long planned to get married in the beginning of October and ramp up his fall schedule in Mayakoba, but nature had other plans. His next scheduled start is the Hero World Challenge in the Bahamas in early December.

Fowler did not receive a captain’s pick from Tiger Woods last week for the Presidents Cup, which will take place the week following the Hero World Challenge, but he is considered one of the favorites to receive a replacement pick should World No. 1 Brooks Koepka be unable to compete due to a knee injury that forced him to withdraw from last month’s CJ Cup.

Woods has until December 7th to name a replacement pick should Koepka opt to sit out the biennial event.