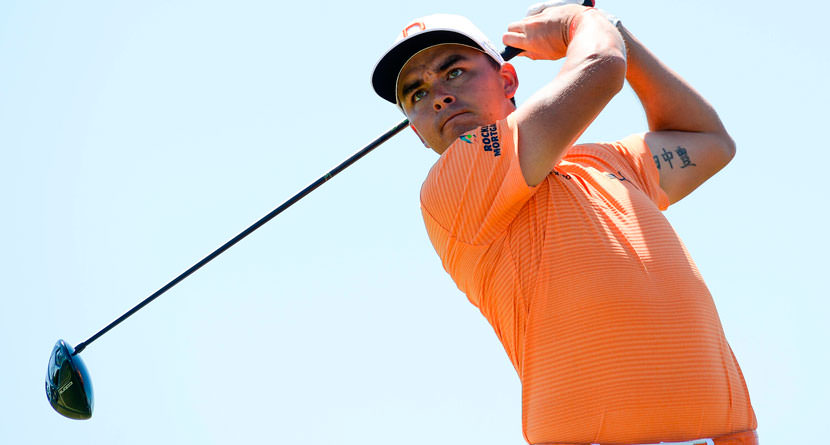 An exceptionally dry summer in Scotland has led to some very crusty course conditions around the Home of Golf. Gullane Golf Club, the host of this past weekend’s Aberdeen Standard Investments Scottish Open, was no exception as brown fairways and benign conditions allowed for some monster drives to be struck by the best players in the world.

Perhaps no drive was more impressive than Rickie Fowler’s tee shot on the downhill, downwind 471-yard par-4 10th hole on Saturday. Playing his way into contention, Fowler bombed his drive 458-yards leaving him just 34 yards from left of the green for his second shot.

The drive startled and scattered spectators crossing the fairway some 400 yards down the hole. Fowler could only manage a par on the hole, but a third-round 2-under par 68 put him into position to win his second Scottish Open title at Gullane.

Not satisfied with only one mammoth drive for the week, Fowler again smoked a 400-yard-plus drive on the 72nd hole of the tournament. The 461-yard 18th turned into a driver-putter for the man with 16-1 odds to win this week’s Open Championship. Fowler would hit the pin with his second shot, a putt from 34 yards off the green.

He would finish the day with another 2-under par 68 and the tournament at 14-under par, tied for 6th.

South African Brandon Stone shot a course-record 10-under par 60 to take home the title and earn himself a spot in this week’s field at Carnoustie.