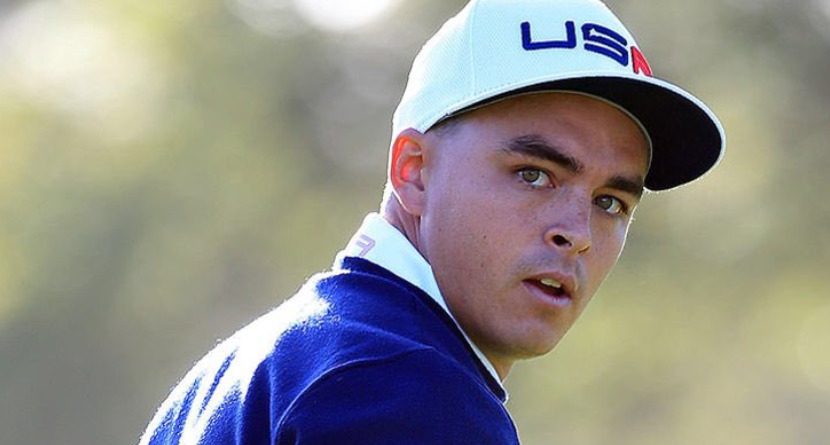 Rickie Fowler knows a thing or two about social media, so if you come after him on Twitter, you best be prepared for him to dish it right back. This past week, a lucky heckler got burned by the 27-year-old newly minted Ryder Cup champion after some disrespectful comments. Here’s a free lesson in dealing with this nonsense.

First, Rickie was paying homage to the late Arnold Palmer by bringing the Ryder Cup trophy to his memorial service.

Bringing The Cup to The KING! pic.twitter.com/v8HnlFokkU

While this gesture was well received by generally everybody who has a soul, there’s usually at least one person on the internet who doesn’t have one.

This type of response is your classic example of “internet courage,” where a user believes by typing a message and pressing send over the internet, all human decency and moral responsibility are void. Rickie points this out flawlessly.

If you want to generate even more power, call something else out from the week prior just to let the person know you see them.

@RickieFowler @mulligan603 I think he likes you Rick

And that’s one way a professional successfully takes down a Twitter troll.