Scottish Pro On Saudi Series: ‘Obscene Money To Be Throwing At Sport’ 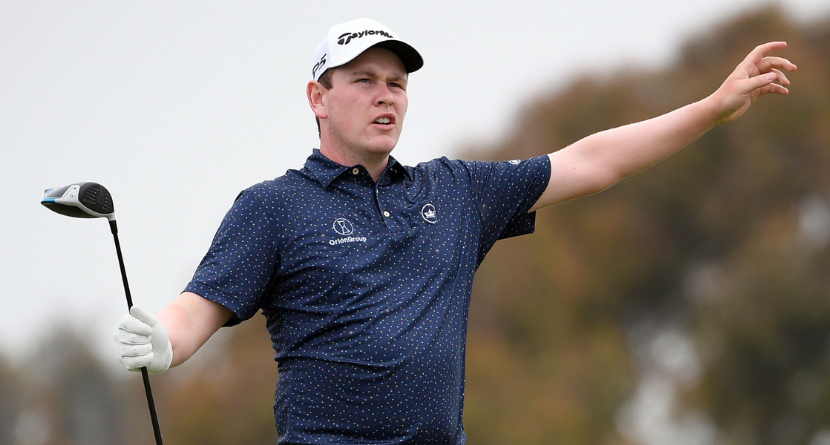 Lee Westwood on Wednesday explained his participation in the LIV Golf Series opener with some straightforward logic: it’s professional golf event and he’s a professional golfer. Why shouldn’t he try to be paid as much as he can to ply his trade?

Of course, Westy’s reasoning won’t quiet the chorus of detractors of the Saudi-backed “sportswashing” endeavor, those who would point out that he’s already a multi-millionaire and can continue to pad his bank account on the PGA Tour and DP World Tour without inviting so much bad press. And that’s a viewpoint that at least one of his peers can get behind.

“If you ask me, it’s obscene money to be throwing at sport,” said Scotland’s Robert MacIntyre, 25, on the eve of the British Masters. “There’s only so much money that a human needs.”

He continued: “So for me right now, I’m comfortable. I’ve got a house, a home, my family is healthy. I’ve got a car I can drive. I have clothes I can put on and I can still treat myself and my family. What do I need? Just now, I’m as happy as I can be in the life of Robert MacIntyre.”

MacIntyre, a lefty who currently ranks 73rd in the world, has won on the DP World Tour and has a top-10 finish in the Open Championship under his belt (T6 in 2019). So it’s not as though this is coming from a guy who doesn’t have options.

And if you’re picking up what Mac is putting down, there’s more where that came from. Asked about his pairing with Scottish soccer star John McGinn in the British Masters pro-am, MacIntyre fired off another gem.

“I was nervous today playing with him and when you get talking to him he is nervous to play with me or play in events,” he said. “It’s just different. People think you’re something that you’re not. They expect you to be something special. But at the end of the day, we use the same toilet.”

We sure do. Talk about putting things in perspective.