Rock And Roll Golf At The Zurich Classic 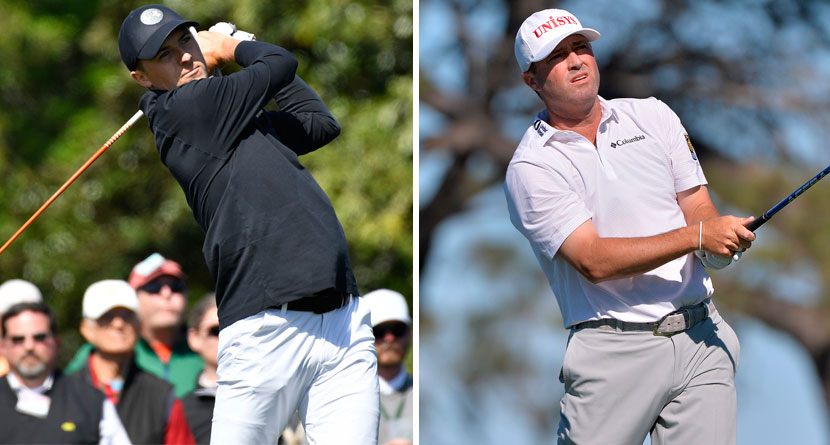 Music is not synonymous with the PGA Tour. In fact, music seems to be the last thing anyone would expect to hear at a Tour event during competition rounds. That changes this weekend at the Zurich Classic at the TPC Louisiana. To much fanfare, the PGA Tour is trying to imitate WWE by having intro music for its golfers before Saturday and Sunday’s rounds.

Masters champ Patrick Reed went with Eye of the Tiger. Michael Kim and Andrew Putnam, the leaders after 36 holes, don’t have a song for Saturday. With the 36 holes to go, they better find one real quick.

Here are some of the song choices from the world’s top players:


Jordan Spieth and Ryan Palmer had a bit of an “argument” about their song. The Longhorn in Spieth and the Texas A&M Aggie Palmer didn’t settle on a song before they teed off. The plan was, perhaps to play “I Got Drunk Last Night” by Eli Young on the weekend. Instead of a song choice, it might be the plan for the duo after they missed the cut by double bogeying 17 and 18 on Friday to drop four shots in two holes and miss the cut by a shot.

Here’s the list of chosen songs for teams that will be played on the weekend.