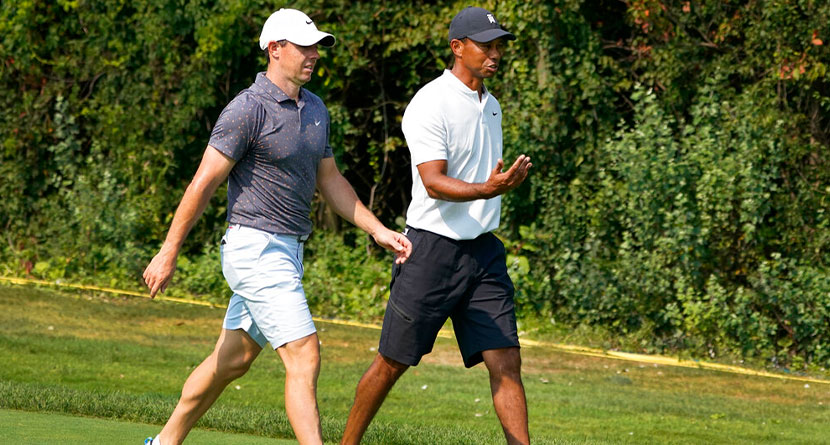 A few days before Rory McIlroy returned to No. 1 in the world, he was asked if he could accept being No. 2 for the foreseeable future.

The topic, of course, was the Player Impact Program, and McIlroy smiled.

“Hey, I gave him a pretty good run,” McIlroy said.

That would be Tiger Woods, who won the PIP bonus pool for the second year despite playing only nine rounds in three majors. He also was in town for the BMW Championship in Wilmington, Delaware, but only to attend a player-only meeting that led to the PGA Tour reshaping its schedule.

McIlroy had a big year without adding to his major total. Along with winning the FedEx Cup for a record third time, two other tournaments and getting back to No. 1 in the world ranking, he was the strongest and most frequent voice in support of the PGA Tour’s challenge from Saudi-funded LIV Golf.

McIlroy said he was second behind Woods. As for that good run? McIlroy said he finished in the top 10 in all but one category for the PIP. With the expanded program, the payout for McIlroy was $12 million.

That contributed to a big season, financially, too. McIlroy’s earnings, which includes bonus money, came out to $40,354,566.

That breaks down to $8,654,566 from prize money in 15 tournaments, $18 million for winning the FedEx Cup, $1.7 million for being sixth in the Comcast Business Tour Top 10 for the regular season, and the $12 million from the PIP.

While that’s more than the $35.6 million Dustin Johnson earned from his eight LIV Golf events, Johnson also received a signing bonus reported to be worth around $150 million over four years, which ostensibly would put him north of $70 million for the year.

The PIP money is still being finalized, and the PGA Tour is expected to release the list sometime before or after Thanksgiving week.

Two lists were in play — the original PIP plan that used such metrics as social media engagement, brand exposure, Q-rating, Internet searches and awareness, and the new criteria that leans more on media mentions and broadcast exposure than social media.

The PIP also was expanded to 20 players instead of 10, and using both lists for 2022, some 23 players are expected to receive bonus money from the $100 million program.

Starting with 2023, the top 20 players receive their PIP bonus after competing in the 13 elevated events for which they are eligible and three non-elevated events. One exception is Woods. The commissioner has discretion to award PIP money to those who don’t meet the tournament minimum because of serious injury or other emergency.