Rory and Day To Play Exhibition Match In Philippines 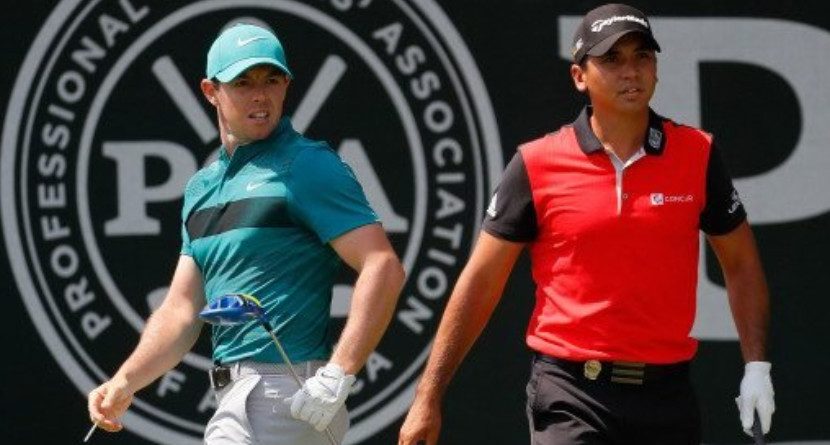 Rory McIlroy and Jason Day will square off in an exhibition heavyweight bout in the Philippines in what appears to be the golf’s version Ali vs. Frazier. The match will be held at Pradera Verde Golf Course and is slated for Nov. 29.

The official title is “Jason vs Rory: Battle for a Cause,” as proceeds from the event will benefit Philippine-based charity Alagang Kapatid. There will be a gala dinner and charity auction on the eve of the match, where guests will be able to bid on memorabilia from both superstars.

The format will be 18-hole medal play and promises to be the biggest day in Philippine golf since Tiger Woods played an exhibition back in 1998.

Jason Day & Rory McIlroy to play in a one-on-one exhibition event in the Philippines the week after the World Cup. #STP

For Day, who’s mother is Filipina, this will be an opportunity to get in touch with his roots.

“I’m excited for my first visit to the Philippines and excited that I’ll be able to do some good for a charity,” Day said, according to a press release.

Rory echoed Day’s sentiments. “I’m really excited to be coming to the Philippines,” McIlroy said. “It’s a chance to see a country I’ve never visited and compete against Jason, a great friend.”

Let’s get ready to rumble!