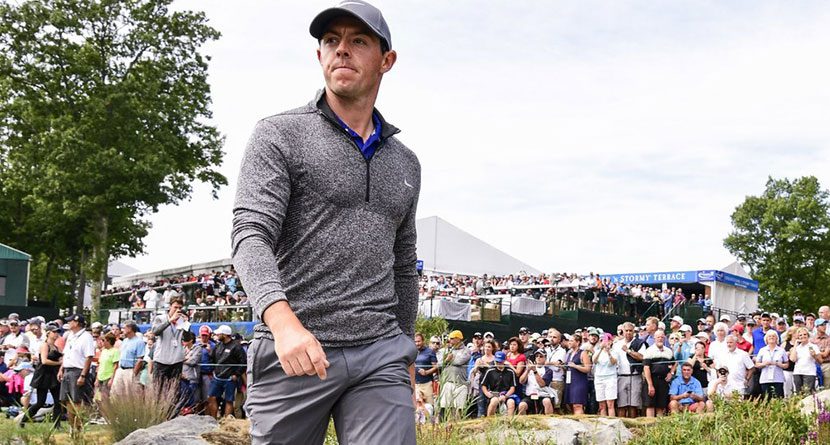 One of the few faults of the Ryder Cup is that the biennial competition lives up to its descriptor and happens just once every two years. The relative lack of golf action and abundance of lead-up time allows for second-guessing to abound. Count European Ryder Cup leader and recent PGA Tour winner Rory McIlroy among those who has weighed in lately.

Speaking with Golfweek.com, McIlroy said that he believes Team Europe has laid their hand on the table, letting the Americans see what they have before playing their cards.

Come Monday morning when U.S. captain Davis Love III gets around to naming three more picks to his Ryder Cup team, it will be two weeks since the European team was completed.

And then the Americans will need another two weeks before they round out their 12-man team.

Count Rory McIlroy among those who consider that a bit much.

Rory's not a fan of U.S.' lengthy #RyderCup picks process: 'I find that a little strange.' https://t.co/rCwNDJAkdC pic.twitter.com/0EYVfukPhv

“Yeah, I find that a little strange, and I think people looking in from the outside feel that way, too,” McIlroy said.

He agreed that both teams should do their picks at the same time. Otherwise, McIlroy sees an opening to gain an advantage. “We’ve shown them our cards, so America could (work) with a little more knowledge, (maybe) add a little length.”

Then again, McIlroy conceded that the whole qualifying process changes so frequently that it’s difficult to keep up with it. One solution? “Ideal scenario, you take the 12 best European guys from the world ranking and go from there. Twelve best Europeans, 12 best Americans. Go play.”

While everyone is eager to “fix” the Ryder Cup, the build up, anticipation and second-guessing is one of its better qualities.