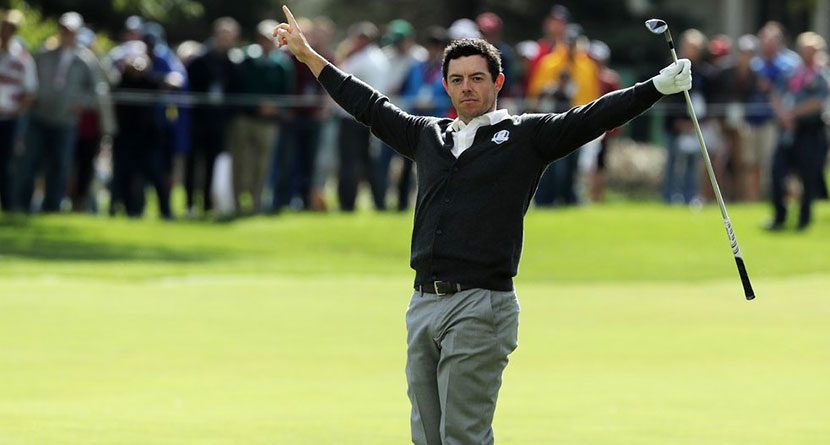 If Rory McIlroy isn’t the hottest player in the world right now, he’s in the two-man conversation. He proved that point again on Thursday during a practice round at Hazeltine National when he destroyed a cup in the process of dunking a 100-yard wedge shot.

Did that shot look familiar? It should have. He did the same thing last week to kick start his stretch run to the Tour Championship and FedEx Cup.

Rory McIlroy! One back with two holes to go.

For American golf fans, it’s better of McIlroy to be holing wedge shots on Thursday than it would be over the weekend when the matches start to count.