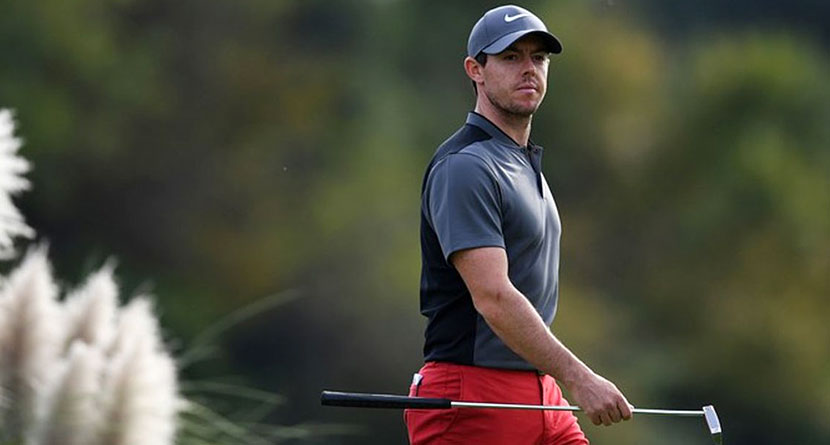 Rory McIlroy has quickly become a man you do not want to cross. Whether it be on the course or off, McIlroy has gained enough stature and cachet in the game to have a significant pull on ticket sales, ratings and general interest. With that being the new normal for golf, it would make sense that tournament directors wouldn’t want to ruffle the feathers of one of their golden geese.

Rory McIlroy has hinted he will return to Wentworth in 2017.

But he won’t follow that with a trip to Turkey.https://t.co/YyNRzMXzKz

Turkish Golf Federation president Ahmet Agaoglu also acts as the tournament director of the Turkish Airlines Open, one of the three Final Series events on the European Tour. After McIlroy withdrew from the event citing security reasons, Agaoglu took some shots at the World No. 2, and McIlroy took notice, according to a Golfweek.com report.


“I’m surprised and disappointed as I learned Rory had dropped out in the media,” Agaoglu said. “Over the last few months, we have seen there is a lot of difference between top golfers and top athletes, with some golfers missing events because of a few mosquitoes.

“True sports people rise above this.”

True golfer McIlroy seems intent on telling Agaoglu where he can stick his Turkish Airlines Open. Asked if he would be adding next year’s Turkish tournament to his schedule next year, McIlroy said: “After what I read, maybe not.”

Take that as almost definitely not. The look on McIlroy’s face as he spoke to a small gathering of journalists Tuesday in Dubai said it all: he was none too happy with Agaoglu’s public tongue lashing.

“I’d rather want to go to Turkey wanting to win the golf tournament than go to Turkey and not want to be there and finish 40th,” McIlroy continued. “What good does that do for the tournament? That does nothing for them. The biggest way they can promote golf in Turkey is – okay they can have my face everywhere on posters – is me lifting that trophy at the end of the week.

“If I don’t feel comfortable being there I’m not going to win the golf tournament. So that’s the best thing they can get out of me. Me going to Turkey this year, they were not going to get that.”

How vindictive McIlroy will choose to be won’t be sorted until next year’s Race to Dubai, but it’s safe to say there will be some questions in the McIlroy camp as to whether he’ll want to head to Turkey again.