Rory Gets Heckler Kicked Out Of Ryder Cup 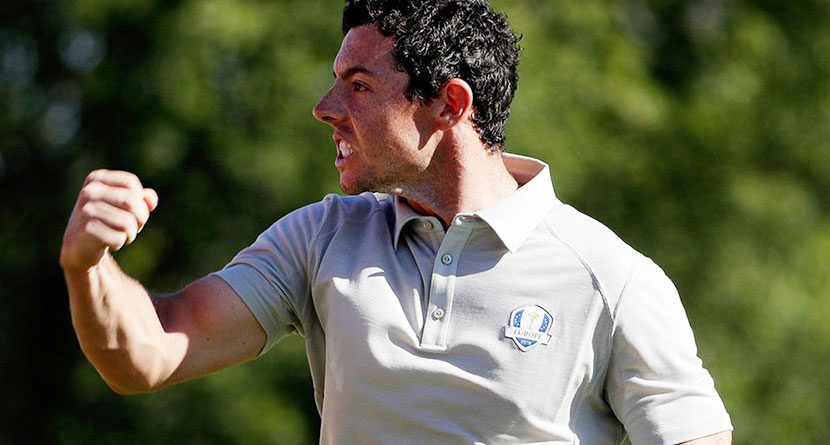 Things started to get a little chippy on Saturday at the Ryder Cup and that’s not even considering the back-and-forth nature of the matches on the course at Hazeltine. A well-lubricated and loud American fanbase did their best to give the United States a distinct home-field advantage that, at times, bordered on inappropriate.

On a few occasions, the raucous behavior turned ugly. Naturally, big-name players like Rory McIlroy and Sergio Garcia were the recipient of the barbs, and for the most part, both used the hostile environment as fuel. The pair of Europeans did a fair share of egging on the crowds…

However, walking from a green to the next tee during the afternoon four-ball matches, one over-zealous fan took things too far. (Warning: the video contains some strong language.)

Heckler just told Rory to “suck a dick” and him coming up short was why Wozniacki “left his ass”#RyderCup pic.twitter.com/uBU72xPoGt

Rory McIlroy confronts fan, says to remove him. No physical contact. Marshal tells me fan to be removed immediately. pic.twitter.com/namR3844jX

Rory, clearly on tilt with the jeers from the crowd, stopped dead in his tracks and had the heckler removed. When he got back between the ropes, however, McIlroy turned that fuel into fire, torching the American dream team of Dustin Johnson and Brooks Koepka 3&1.

I’m sitting on the bench near 9 tee. Rory smokes one, comes and sits next to me. Points at DJ/BK, who he’s 3-up on.

“You got your wish.”