Rory Announces Return To Be at Abu Dhabi 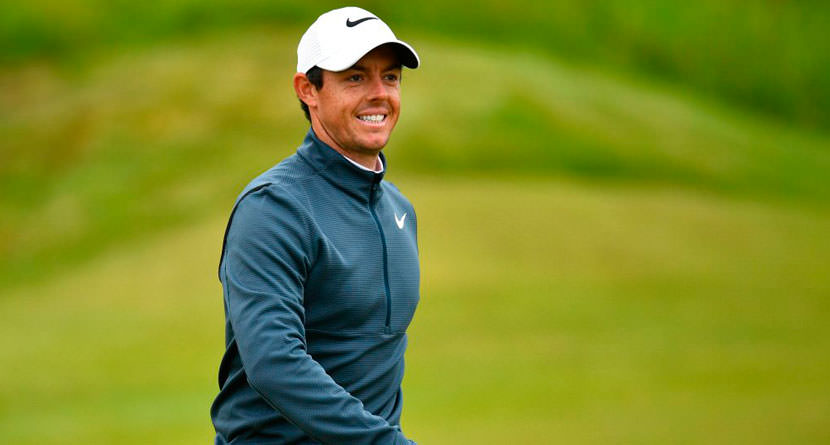 Rory McIlroy has been bothered by a lingering rib injury that dates back to last offseason. After fighting through some pain in 2017, the four-time major champion took an extended break following the PGA Tour season.

With the calendar year coming to a close and both the PGA and European Tours ready to kick into high gear again, McIlroy announced when he would return to professional golf via the Khaleej Times.

“Abu Dhabi is the perfect place to open my season. Having come really close here on more than one occasion, I will be completely focused on trying to win the coveted Falcon Trophy and getting myself back into the winners’ circle.”
Rory McIlroy

Ashwani Kumar had the scoop.

Leading names from the world of golf will fight for glory at the 13th Abu Dhabi HSBC Championship presented by EGA in January next year.

And the total prize money has been raised by $300,000 to hit $3 million, said Aref Al Awani, general secretary of Abu Dhabi Sports Council, which owns the championship.

“The championship is really the crown jewel of Abu Dhabi’s sports events. The prize money has been raised to $3 million. We want all the best players in the world to be in Abu Dhabi,” Awani said during the first media interaction for the championship.

According to officials, the Championship will feature the second strongest field on the 2017 European Tour season based on the rankings.

Rory McIlroy said to be looking to have a strong start to the new season. v”Abu Dhabi is the perfect place to open my season’s campaign. Having come really close here on more than one occasion, I will be completely focused on trying to win the coveted Falcon Trophy and getting myself back into the winners’ circle – that would be a real confidence boost to start the New Year,” he said in a statement.