Rory McIlroy Will Undergo MRI For Tweaked Back 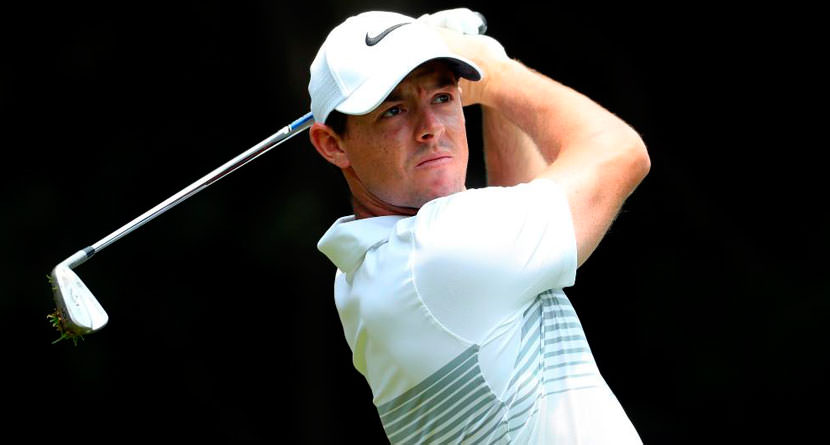 Expectations are sky high for Rory McIlroy in 2017. Coming off of a backend of 2016 that saw the four-time major champion win two FedEx Cup Playoff events and ultimately claim the $10 million prize, McIlroy has planned a rigorous build up to the first major of the year — and the only one missing from his quest for the career grand slam.

However, that schedule may have to be amended if results from a Monday MRI are worrisome. After playing through some pain at the South Africa Open and falling to Graeme Storm in a three-hole playoff, McIlroy told the media about his medical plans. He had previously made note that a tweak in his upper back nearly forced him to drop out of the tournament earlier in the week.

Rory McIlroy is scheduled for an MRI after tweaking his back at the South Africa Open – https://t.co/D53MfrkiSq pic.twitter.com/wZ8XZ96nnE

Here’s what McIlroy had to say, according to the Golf.com Golf Wire.

The 27-year-old and no. 2 player in the world played through back pain to his runner-up finish, but is set to have a scan Monday to learn more about his injury.

“I am going for a scan tomorrow,” McIlroy said after Sunday’s finish. “I fly to Dubai tonight and then will go for an MRI tomorrow just to see what’s up with this joint in my back.

“It was manageable this week with tape and a few pills so I am fine but first and foremost I have to get fully fit and healthy again and hopefully I’ll be alright to play next week.”

It was after his second round that McIlroy said he had ‘tweaked’ his upper back and was unsure if he would be able to finish the event. Now, he’s unsure that he’ll be able to play the Abu Dhabi HSBC Championship next weekend. It’s an event that McIlroy has finished second at an astonishing four times in the last six years.