Rory Feeling the Pressure to Win at Augusta 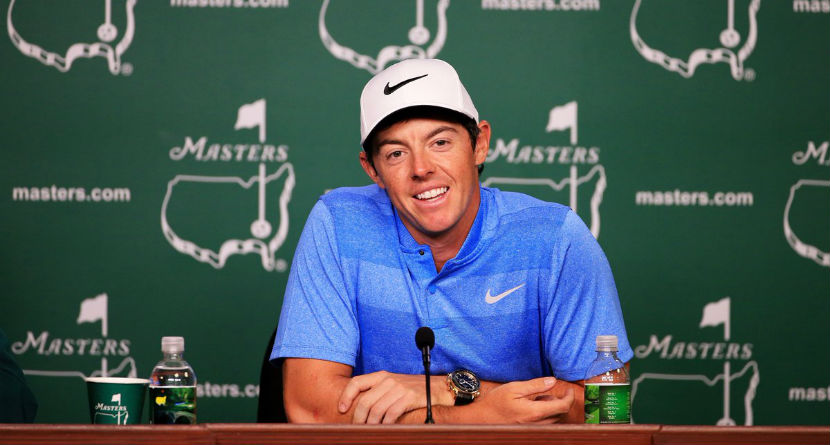 The Masters is Rory McIlroy’s white whale. Ever since his epic back-nine Sunday collapse in 2011, Rory became a man and blew away the field at the U.S. Open by eight shots, breaking 11 records in the process en route to winning his first major. Then he tacked on two PGAs as well as an Open Championship. Now the 27 year-old Northern Irishman is only a couple weeks away from having another shot at completing the career grand slam, a feat in which only five men have accomplished in the history of the sport: Gene Sarazen, Ben Hogan, Gary Player, Jack Nicklaus and Tiger Woods.

According to a recent interview with the Daily Mirror, McIlroy knows that and would rather get it done sooner rather than later:

“It’s a motivation, to be able to put your name alongside those five guys,” he said. “But I think that with each and every year that passes that I don’t, it will become more ­difficult for me.”

Phil Mickelson, who has won three Green Jackets, needs the US Open to complete his Slam – but he has finished as its runner-up a crushing SIX times.

And 27-year-old McIlroy said he was already ­feeling similar pressure with the 2017 Masters just around the corner.

“I sort of feel a little bit like what Phil goes through when he goes to the US Open, but at the same time I haven’t ­finished second at Augusta six times,” he said. “So I can only imagine what was going through his head when he turned up at a US Open.

Completing golf’s Grand Slam will get harder ever year I don’t do it, admits Rory McIlroy https://t.co/Ts036G6RDv pic.twitter.com/fr00fAA0eK

“Winning Augusta is difficult enough, but that’s all I can ­concentrate on. That’s the most important thing. You just want to beat the guys that you’re playing against and, if you do that, you know that all this other great stuff comes along with it.”

McIlroy went closest to ­winning at Augusta in 2011 when he had a four-shot lead after 54 holes, but collapsed to an 80 in the final round.

“I really feel like I am a good enough player,” ­insisted ­McIlroy. “I feel like I have got ­everything I need to become a Masters champion.

“So that’s my mindset going into it – keep it as simple as possible and keep it fun.”