Rory McIlroy Fires Back At Critics 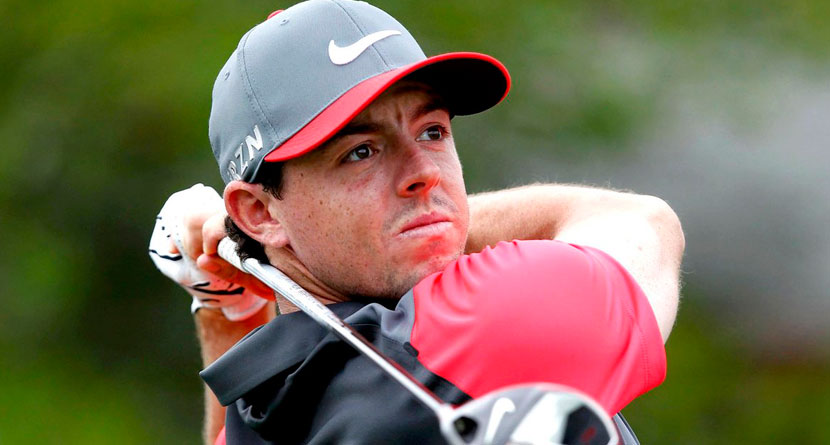 The waters that surround golf and politics have become muddied over the past few months when Donald Trump entered the office of the President of the United States. No one knows the volatile nature of this time more than Rory McIlroy.

The outspoken Northern Irishman accepted an invitation from President Trump to play a round of golf last Sunday at Trump International, as reported by No Laying Up. The round made news for a few reasons: first, Donald Trump is the President; and second, Rory McIlroy hadn’t played a full round of golf since early January after finding out that he had a stress fracture in one of his ribs.

Naturally, the arrangement brought critics out of the woodwork — both of Trump and Rory — and by six days later, the No. 3-ranked player in the world had had enough, and he fired back at his critics on Twitter.

McIlroy’s decision to play with the President isn’t out of the ordinary for PGA Tour pros, despite the divisive chasm Trump  creates. The New York Times’ Karen Crouse interestingly polled 56 of McIlroy’s peers and found that many would have acted similarly to Rory if given the opportunity.

At Riviera Country Club in Los Angeles last week, I asked more than one-third of the Genesis Open field that question, granting the respondents anonymity so they wouldn’t risk the wrath of their Twitter followers or, in the case of at least one pro, the fury of his wife. The players range in age from the early 20s to late 40s. They represent nine countries and make their homes in 14 American states, including four that voted overwhelmingly Democratic in last year’s presidential election.

The results were hardly surprising. The clubhouses at PGA Tour stops have long trended Republican, and the sport’s target demographic — rich, mostly white men — is far different from the women, minorities, immigrants and Muslims who have at times been the most offended by the president’s statements and positions.