Rory Accused of Being “Bored”; Fires Back on Twitter 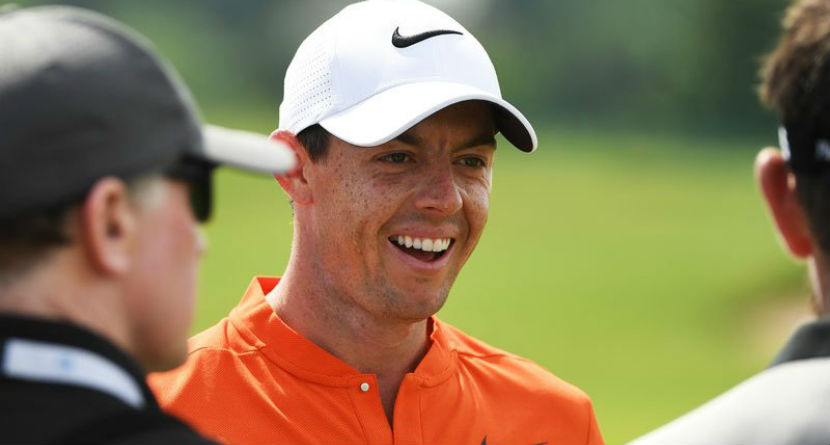 If you come at Rory McIlroy, you best not miss. The four-time major winner was a non-factor this week at Erin Hills missing the cut at the U.S. Open for the second straight year. However, while his game wasn’t on point this week, his Twitter skills were on full display. On Friday, former PGA Tour player and major champion Steve Elkington called the 28-yeard old Northern Irishman’s motivation into question along with assigning a dollar amount to it.

Whether Elkington was expecting to elicit a response or not didn’t matter because McIlroy fired back and even included his own Wikipedia page for good measure!

More like 200mil… not bad for a “bored” 28 year old… plenty more where that came from. pic.twitter.com/R2nigEaee7

Ironically, Rory just checked in at #6 on Forbes’ World’s Highest-Paid Athlete List for 2017 earning $50 million over the last year alone in endorsements and earnings.

New you were a money guy
Jack won 18 and never mentioned his total cash..
It was 5 mill https://t.co/4vTFyUpY7p

That’s why jack designed 100’s of golf courses… and it’s knew… mustn’t have taught grammar in the 50’s….

Fair to say this round goes to Rory.