Rory Four Putts from 12 Feet, Derails His Round 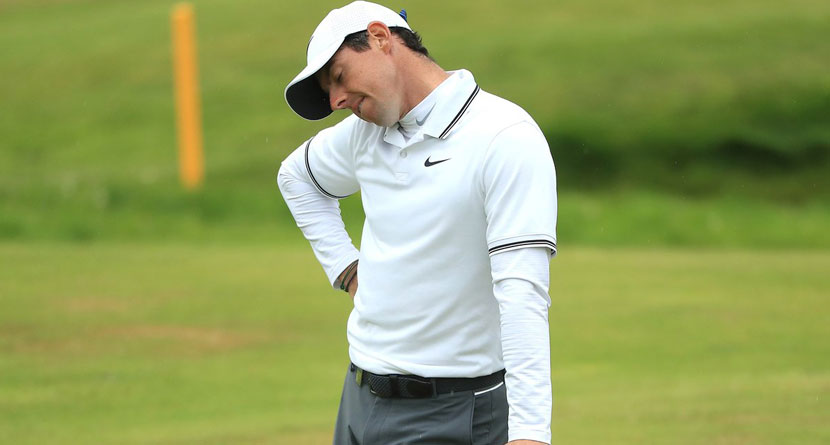 Rory McIlroy’s 2017 season has been a study in inconsistency. Between his battles with a nagging injury and his carousel of equipment, McIlroy has yet to claim a victory anywhere in the world, despite posting six top-10s on the PGA Tour, including two at major championships.

The World No. 4’s struggles continued this week at TPC Boston for the Dell Technologies Championship as he made a last-gasp effort to notch a victory before shutting it down for the offseason. Defending at the second leg of the playoffs, McIlroy got off to a hot start, getting to 2-under par through his first six holes.

Making one bogey over his next four, McIlroy was primed to finish strong when he arrived at the 11th hole. The 231-yard par-3 seemed to be no trouble for McIlroy, who smoked a long iron just over the flagstick to inside of 12 feet. What happened next derailed his round.

From a good chance at birdie came a double-bogey. Deflated, McIlroy could only manage an even-par card the rest of way — missing three more putts from inside of 15 feet — posting a 1-over par 72 to put him six shots back of first-round leader Dustin Johnson.