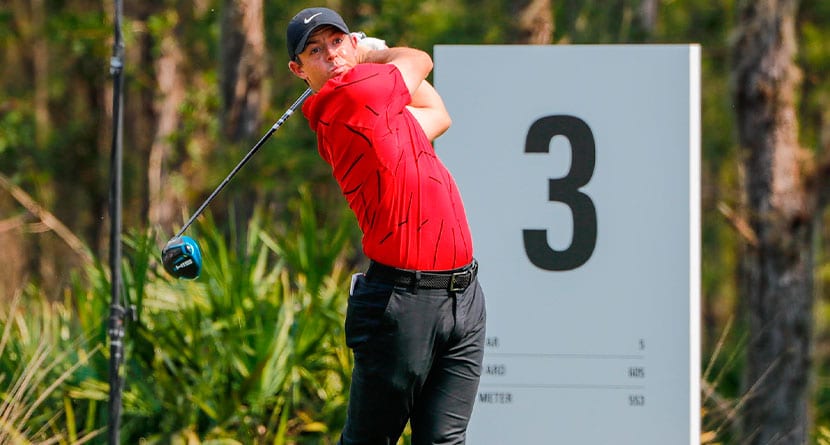 Tiger Woods’ recovery is progressing well and he’s hoping to head back home to Florida in the coming days to continue his recovery, Rory McIlroy told Jimmy Fallon on a Tonight Show interview this week.

Woods has been confined to two different Los Angeles-area hospitals for the past two weeks after requiring surgery and follow-up procedures due to his early-morning car crash on Feb. 23.

“I’ve spoken to him a little bit,” McIlroy told Fallon. “He’s doing better. I think all the guys have reached out to him and hopefully, if things go well over the next week or so he might be able to get home and start recovery at home, which would be great for him, so, see his kids, see his family.

“He’s doing better and just I think all of us are wishing him a speedy recovery at this point.”

Rory also revealed that Tiger had also taken to sending encouraging text messages to his fellow PGA Tour pros who were in contention much like he had done during previous injury stints, but noted he wasn’t afraid to give Rory a hard time after a difficult Sunday showing.

“He texted me some words of encouragement before the final round of Bay Hill on Sunday,” McIlroy said. “And things didn’t quite go to plan, and he was the first one to text me and be like, ‘What’s going on here?’ So even from the hospital bed, he’s still giving me some heat.”

You can watch the interview in full below, where Fallon and McIlroy also get into the golfer’s preferred pizza choice on the road as well as a little golf talk at the end.