Rory Reveals Heart Scare As He Preps For Return 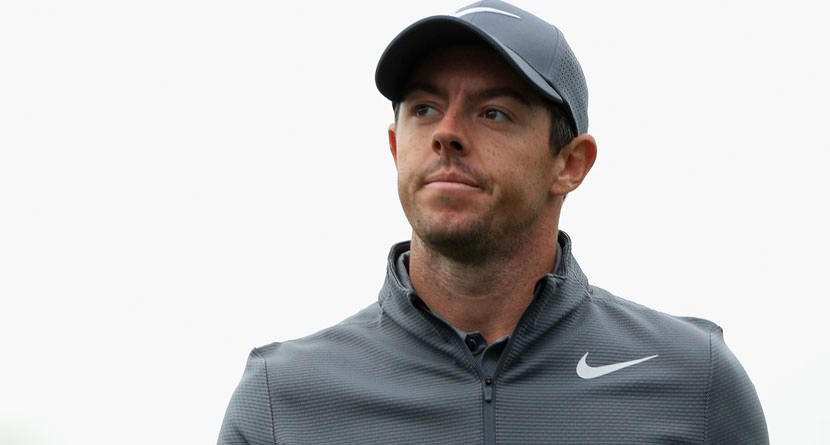 After having taken nearly four months off at the end of 2017, Rory McIlroy will tee it up at next week’s Abu Dhabi Championship rested and reinvigorated to climb the world rankings yet again.

The break, which was partially brought on as a result of lingering rib issue, allowed McIlroy to recharge his batteries in a way that he hasn’t been able to do in quite some time. The hiatus wasn’t devoid of drama, however. Speaking with the Daily Telegraph, McIlroy revealed that in the process of checking on the state of his rib injury, another medical issue showed itself.

James Corrigan of the Telegraph landed the sit-down with McIlroy.

Sitting down in a coffee bar on Friday beneath the tower of his Dubai residence, the 28-year-old projected the air of an athlete who had recovered his spark – as well his mojo.

Except, the health report he delivered was unexpected after the injured rib which plagued his winless season of 2017.

“The rib’s fine, no problems whatsoever – I had an MRI scan on my thoracic spine and all was OK,” McIlroy said, after returning from yet another sun-lit practice session. “But I’ve got a bit of an irregularity with my heart that I have to keep on top of.

“I have a flat T-wave and I’ll have to get an echo [cardiogram] on my heart every six months and an MRI scan every year. I suffered a really bad viral infection in China 18 months ago and they told me that’s the reason that I have this thickening of my left ventricle and there’s a bit of scar tissue. For now, I just need to stay on top of it and have to stay fit. Hey, I was planning on doing that anyway.”

One of McIlroy’s many charms is that he is always unflustered. It is his blessed state of mind. Following the alarming health bulletin, he sat back in his seat and sipped on his cappuccino and barely winced when his world ranking was put to him. He may be 11th – the one and only time this decade that he has been ranked outside the top 10 at the start of a year – but that does not rankle.

“I don’t judge it like that,” McIlroy said. “I don’t care about the world rankings. I think about number of wins, the ability of the players against me, the number of majors the others have. I don’t feel I need to compare myself to anyone else because I know what I can do. I’m not hung up on it.

“I still feel that on my day, if I’m on my roll, and especially if I’m playing with them… I just crave to be in that position again.

“That hasn’t always been the case with me. The first three years of my career I struggled when it came to that head-to-head stuff down the stretch, with the big guys, but now I actually think it’s when I am at my best.

“I played my best last year when I played the last round of the British Masters and actually had a sniff. Once I give myself a shout, I fancy it now.

“Maybe before, I had to win from the front. I just don’t feel that now. I don’t fear any of them. Any one of them. I’ve beaten them before. I’ve seen what I have done in practice before, that I know I’m on track to where I want to be.

“It’s nice to be world No 1, sure, and I will get back there, but it’s all about winning tournaments. And I will give myself the best chances this season.”