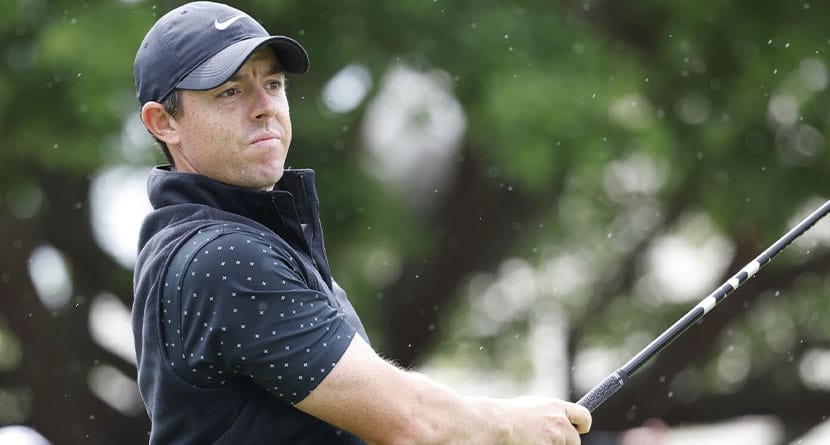 As we wrote about on Wednesday, things haven’t been going great for Rory McIlroy lately, but they haven’t been that bad.

Things got bad on Wednesday at the WGC-Dell Technologies Match Play.

Competing against the highest seed in his pod, Ian Poulter, McIlroy took a thorough drubbing from his European Ryder Cup counterpart from start to finish. The first match out on the first day of the tournament failed to reach the 14th hole as Poulter cruised to a 6&5 victory.

The highlight of the round for fans — and likely the lowlight for McIlroy — came on the 5th hole at Austin Country Club. Coming off of a 3-putt bogey to lose the 4th hole and go 2-down, McIlroy hit a big hook off of the par-4 tee.

With houses and out of bounds guarding the left side of the hole and a penalty area on the right, McIlroy’s tee shot landed and shot off a cart path and found its way into a swimming pool abutting the golf course. 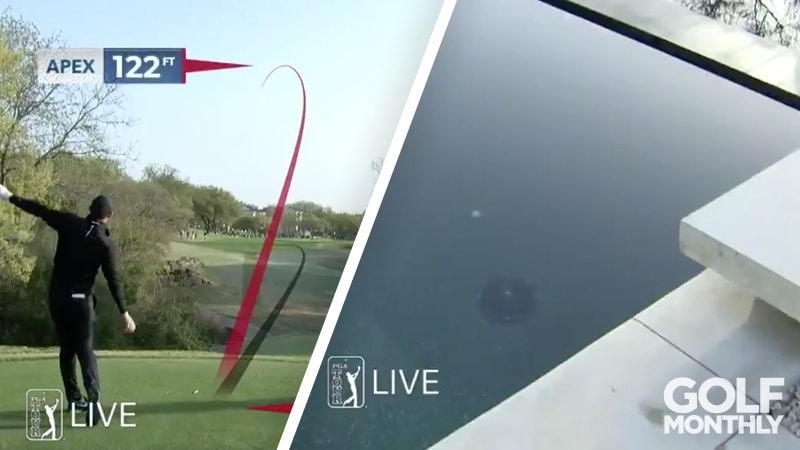 McIlroy would go on to lose the hole to go 3-down. In a bit of a fight-back mode, McIlroy won No. 6, halved No. 7 and won No. 8 to get the match back to 1-down before halving No. 10 and losing each of the first four holes on the back nine.

After the match, Poulter made reference to McIlroy’s recent coaching addition, bringing Pete Cowen into the mix and saying he expects McIlroy to be back in form soon.

“Obviously Pete’s going to be working exclusively with Rory on his game (and) I think there’s a couple of areas of his game which I’m sure he wants to kind of firm up a little bit,” Poulter said. “And obviously he missed a couple of tee shots left. From that point, he was trying to hit a kind of a bit of a hold-up cut.

“But it’s Rory, it doesn’t take a lot for Rory to spark up pretty quickly and I wasn’t surprised with anything, I just felt that I had done a pretty decent job of putting him under pressure, I made it difficult for him.”

The Masters is less than two weeks away. Luckily for McIlroy, there aren’t any pools near Augusta National.