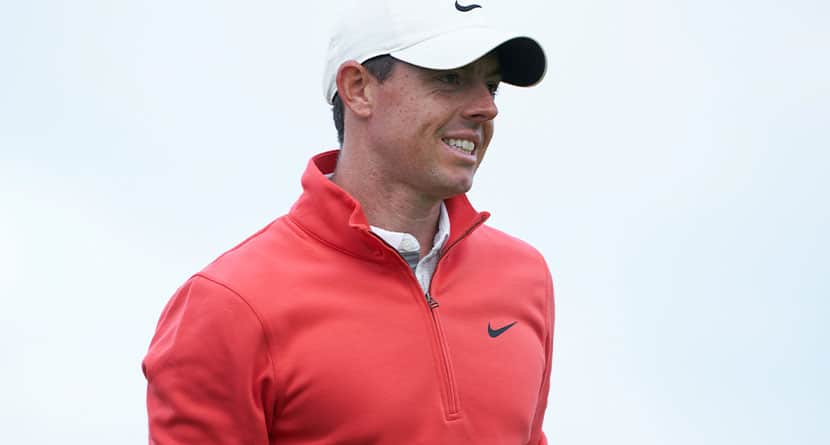 Golf’s return to the Olympic Games has been a rocky one with many of the game’s top players opting out of competing for a myriad of reasons, most of which center around the fact that the sport’s recent reintroduction into the Games was never on their radar prior to 2016.

For all of its warts, however, the Olympics are the world’s largest sporting spectacle, bringing nations together for two weeks every couple of years to root on their native sons and daughters, and that, along with an incredible opportunity to grow the game in lesser-known locales, is why Rory McIlroy will be teeing it up next week at Kasumigaseki Country Club.

McIlroy’s national allegiance is a complicated one, and one he has been pretty candid about throughout his time on the world stage, which was highlighted by his comments about traveling to Japan following the completion of last week’s Open Championship.

I would not say Rory is super excited to go to the Olympics. pic.twitter.com/s5Cl1Kmdaq

“I don’t know if there’s much to look forward to. It’s obviously going to be a very different environment,” McIlroy said. “Looking forward to getting another week’s golf in and trying to get my game in shape. As I said, there’s not much else to do there.

“I’m not a very patriotic guy. I am doing it because I think it is the right thing to do, and I missed it last time. For golf to be an Olympic sport you need your best players there, and I want to represent the game of golf more than anything else.”

It can be easy to pile on McIlroy for his stance, but given his family’s history, in particular, and the turmoil that befell Northern Ireland at the end of the 20th century, in general, the meaning behind his words becomes clearer.

Even following the 2016 Games, McIlroy shared his uneasiness in a text between him and gold medalist Justin Rose, via an Irish Independent article.

I think Americans critical here of his patriotism comments might be missing the context of where Rory comes from — lots more in here on that and why he passed on the 2016 Olympics. Find it hard to be critical of the comments in the video. https://t.co/l1wgWFpAIn pic.twitter.com/E1LOR8UEHm

As fellow Northern Irishman Eamon Lynch of Golfweek expertly pointed out, McIlroy’s words should be lauded, not condemned given the recent history of his homeland.

Eamon's Corner: Rory McIlroy and his interesting relationship with his country and the Olympics https://t.co/aIqGOXqjag

“Patriotism is an easy thing to embrace in a lot of places, but not so much in Northern Ireland. Half the population identifies as British, half as Irish, and that conflict has taken thousands of lives over the years,” Lynch wrote in a weekly column.

“Rory McIlroy is of the first generation to grow up in Northern Ireland largely post conflict. So the idea that he has no nationalistic sentiments whatsoever is something that ought to be celebrated, not condemned, because a generation that isn’t motivated by warped and expedient ideas of patriotism is at least an improvement on the generations who were, and perhaps still are, hostage to it.”

Nonetheless, Rory McIlroy will be in Japan for the next week-plus working on his own game while trying to grow the game on a global scale.