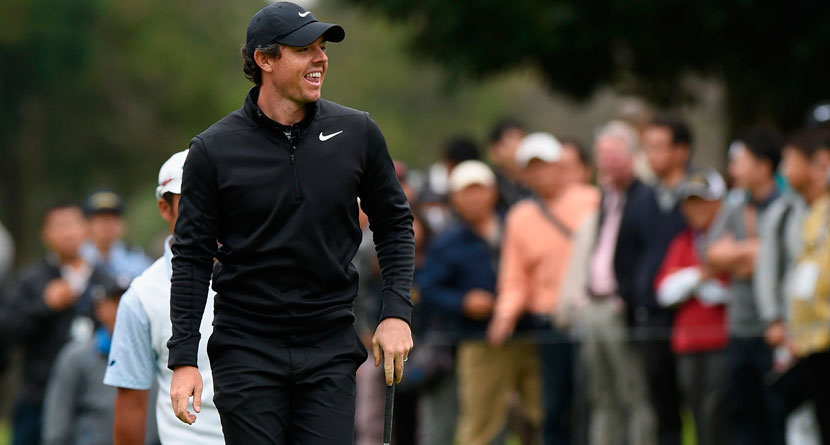 Rory McIlroy has long been a media darling as much for his unique and captivating skillset as he is for his candid and thoughtful answers in the press room.

Similar to when his driver is in autopilot, pummeling 300-plus-yard drives down the sprinkler line, McIlroy was on top of his game on when he met with the assembled press ahead of the inaugural Zozo Championship earlier this week.

Fresh off of an entertaining skins game match alongside Tiger Woods, Jason Day and Hideki Matsuyama, the topic of the competition that his three playing partners would be taking part in later this year at Royal Melbourne came up.

Asked from an outsider’s perspective what he thought was the impetus behind the United States’ dominance in their biennial matches against the International Team, and why that hasn’t translated to similar Ryder Cup success, McIlroy took the opportunity to jab his fellow Tour pros with a simple response.

After getting the expected chuckle from media members from around the world, McIlroy offered a more thoughtful response to the question that may seem simple to see, but difficult to do.

“There’s a lot of great players on the Presidents Cup team, International team. I don’t know if I can give you a great answer. I’ve watched Presidents Cups on TV. It sort of seems—to me anyway, it seems like the U.S. team are more relaxed in a Presidents Cup setting than they are in the Ryder Cup setting. And I think for most people, when you are relaxed, that’s what sort of brings the best out of you in terms of freedom of play and just letting it go, I guess.

“That’s been from afar, that’s the only thing that I’ve seen. It just seems the U.S. team is a little more relaxed when it comes to the Presidents Cup atmosphere. That’s part of the reason I think why they play so well and they’ve dominated for so long.”

Whether or not that dominance will continue in a little over a month in Australia will remain to be seen. Seemingly every other year, the International squad gets stronger, but the United States still emerges victorious. Perhaps the McIlroy-observed tightness is evident in the other biennial matches but on the other side.

Whatever the reason, the Presidents Cup will return to the site of the International Team’s lone victory in the competition, the 1998 edition in which the Rest of the World took down the U.S. 20½–11½.