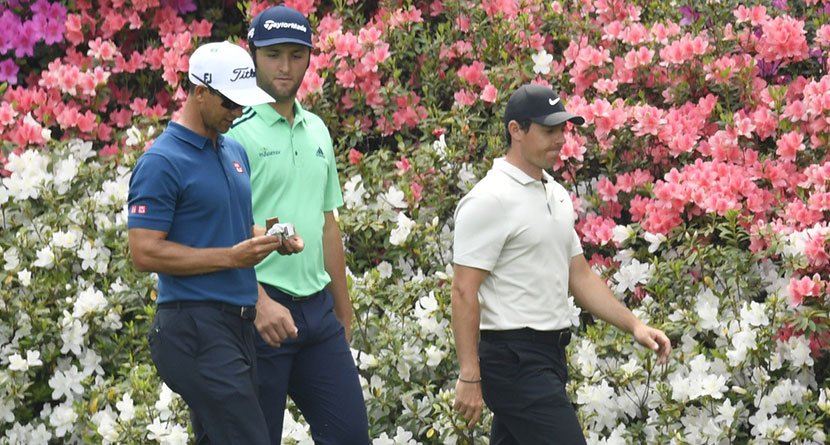 Amid growing tensions and prognostications about who’s staying and who’s leaving, the PGA Tour got a nice boost of support on Wednesday from two of its young stars, Rory McIlroy and Jon Rahm, while former Masters champion Adam Scott seemed much more intrigued by the prospects of the rival Saudi-backed league.

Both McIlroy and Rahm had previously stated their intentions to continue to play the PGA Tour, but they took any doubt out of the question on Wednesday at the Genesis Invitational.

What appeals to Adam Scott about the Saudi Super League?

While McIlroy, 32, and Rahm, 27, are half a generation behind Scott, 41, the questions about what the Saudi-backed Super League can offer someone of Scott’s stature in the game. As a player who has had unequivocally angled for a less demanding schedule, the proposed 14-event Super League season fits right into his wheelhouse.

Divide really starting to show on the PGA Tour…

“I think the schedule is very appealing from a lifestyle side of things,” Scott said, noting he’s also been “sworn to secrecy,” intimating that he too has signed a non-disclosure agreement. “When there’s only a proposed 14 events, let’s say, and you might pick to play some other events, there seems to be time for a legitimate offseason. I think that’s really missed on the PGA Tour from all aspects, but certainly from the top players.”

The line in the sand seems to have been drawn and big-name players are digging their heels in on either side of it. And if the latest reports are true, we could finally have some clarity in the coming weeks.