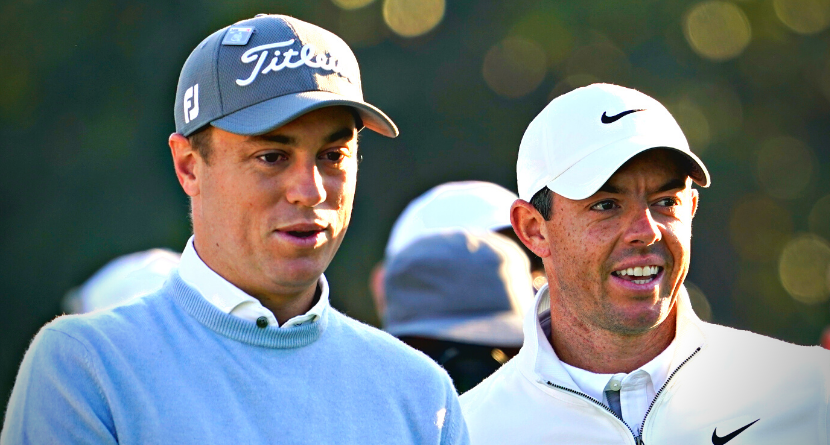 On the eve of a pro golf revolution, two of the PGA Tour’s voices of reason spoke loudly and purposefully on Wednesday.

Rory McIlroy and Justin Thomas — young superstars who between them have six major championships and whose shared position on the LIV Golf Series has been a steady “no thanks” — sounded off at separate press conferences ahead of this week’s RBC Canadian Open, the first Tour event with which the Saudi-backed rebel circuit has directly clashed on the calendar.

“I think my stance on it has been pretty clear from the start,” McIlroy said. “It’s not something that I want to participate in. I certainly understand the guys that have gone. I understand what their goals and their ambitions are in their life. And I’m certainly not knocking anyone for going. It’s their life, it’s their decision. They can live it the way they want to.”

Thomas, who’s currently ranked No. 6 in the world after capturing his second major championship at the PGA in May, echoed those sentiments.

“I’ve thought a lot about it. People are entitled to choose as they wish,” Thomas said. “I don’t dislike [Dustin Johnson] now, I don’t think he’s a bad dude — I’m not going to treat him any differently. I’m disappointed, and I wish that he and others wouldn’t have done it.”

He added: “I know the PGA Tour is the best place to play in the world. I wish that it wouldn’t be taking away from the great storylines and things that are going on on a Tour that’s been around for a very long time and is in one of the best places it’s ever been. It’s just a bummer that those guys won’t be a part of it.”

Johnson’s deal with the breakaway league is reportedly worth north of $120 million — a number that’s dwarfed by the sum supposedly dropped at the feet of six-time major champion Phil Mickelson. But with the cash comes the scrutiny of aiding and abetting a “sportswashing” campaign orchestrated by the Saudi government’s Public Investment Fund, and McIlroy and Thomas were among those who weren’t willing to wager their legacy on such a gamble.

“I was speaking to a few people yesterday and one of the comments was, ‘Any decision that you make in your life that’s purely for money usually doesn’t end up going the right way,'” McIlroy said. “Obviously, money is a deciding factor in many things in this world, but if it’s purely for money, it never seems to go the way you want it to.”