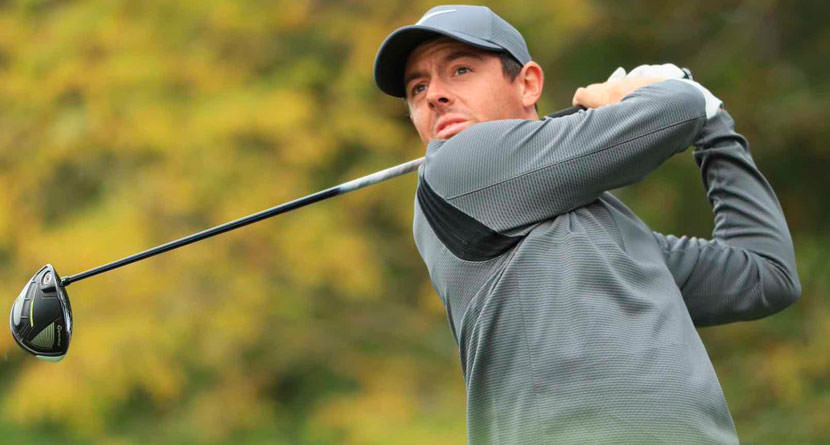 Whether or not they broadcast them to the world, most top-tier professional athletes have specific goals laid out for their future.

2017 PGA Tour Player of the Year Justin Thomas wasn’t shy about sharing his list of goals for the 2016-17 season, and while McIlroy has been known to write down his own goals for a season — on the back of a plane ticket, no less — the 28-year-old Northern Irishman has pretty lofty goals for the scope of his entire career.

Talking to The Irish Times, McIlroy allowed that he wants to go down as one of the all-time greats following his final round of 2017 at the Alfred Dunhill Links Championship at the Old Course at St. Andrews.

Rory McIlroy has set his sights on becoming the best non-American golfer of all time and plans to return stronger than ever after completing an injury-marred season that has seen the Northern Irishman drop to sixth in the world rankings.

After winning the PGA Tour’s FedEx Cup last year, McIlroy’s campaign was stalled by two separate injury layoffs and he signed off for the season in a tie for 63rd at St Andrews on Sunday.

Rory McIlroy: “I want to become the best International golfer of all-time.” pic.twitter.com/scsszY0K6o

The 28-year-old four-time major champion, who will now take a three-month winter break, said his first target would be to complete the career grand slam, which can be achieved next April at the Masters.

“And then, try and become the best European golfer ever. Try and surpass Nick Faldo (who won six majors) in that,” he said.

“If I had a career goal, it would be to be the best international golfer ever. Gary Player has nine majors. I’d like to think I’m going to give myself a chance to get close to that tally,” added the former world number one.