Rory “Unlikely” To Play In 2020 Olympics 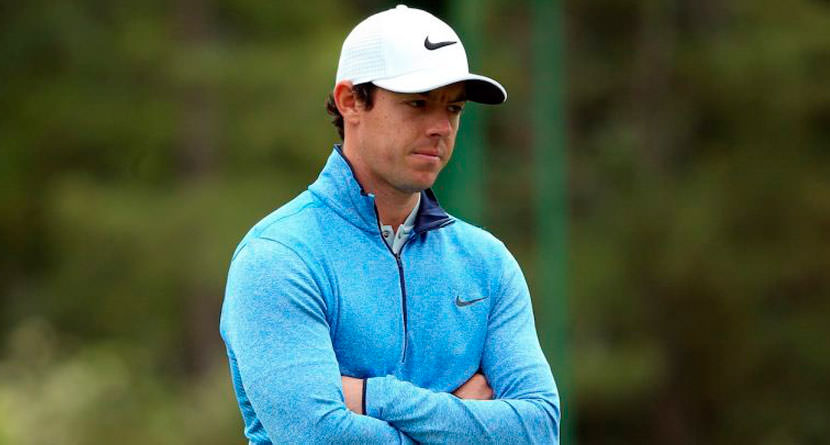 Rory McIlroy made headlines at the beginning of this week for detailing his true reasons for withdrawing from the 2016 Rio Olympic Games and golf’s return to the event. And it would appear that those uneasy feelings that Rory was dealing with prior to the Rio Games aren’t anticipated to go away before the next summer renewal in three years in Japan.

Speaking with the BBC, McIlroy had this to say.

“I’m a very conflicted person. Not a lot of people understand that, maybe, but it’s just the way I feel. I know that some people — most people — think that that is wrong, but it’s the way I feel and I can’t really help it, I guess.

“More likely than not, I won’t be going to the Games in 2020 just because of my personal feelings towards, not the Olympic Games — I think the Olympic Games are great, I think golf included in the Olympic Games is fantastic. Just for me, it’s just something I just don’t want to get into. That’s a personal choice, and hopefully people respect that decision.

“It’s a personal decision and it’s a decision I haven’t taken lightly. A decision I’ve fought with myself over for so many years. Golf in the Olympics is a great thing. It went so good in ’16, and I hope it goes even better in 2020. I just probably won’t be a part of it.”

The feelings McIlroy is referring to come from his admission in the Irish Independent where he told Paul Kimmage that his struggle with the Games comes from his uneasy feeling with which country he feels he should represent.

RM: Yeah, I mean when it was announced (that golf was to be an Olympic sport) in 2009 or whatever, all of a sudden it put me in a position where I had to question who I am. Who am I? Where am I from? Where do my loyalties lie? Who am I going to play for? Who do I not want to piss off the most? I started to resent it. And I do. I resent the Olympic Games because of the position it put me in – that’s my feeling towards it – and whether that’s right or wrong, it’s how I feel.

RM: I sent Justin Rose a text after he won, I think I still have the message: ‘I’m happy for you, mate. I saw how much it means to you. Congratulations.’ He said: ‘Thanks very much. All the boys here want to know do you feel like you missed out?’ I said: ‘Justin, if I had been on the podium (listening) to the Irish national anthem as that flag went up, or the British national anthem as that flag went up, I would have felt uncomfortable either way.’ I don’t know the words to either anthem; I don’t feel a connection to either flag; I don’t want it to be about flags; I’ve tried to stay away from that.

RM: Not everyone is (driven by) nationalism and patriotism and that’s never been me, because I felt like I grew up in a place where I wasn’t allowed to be.