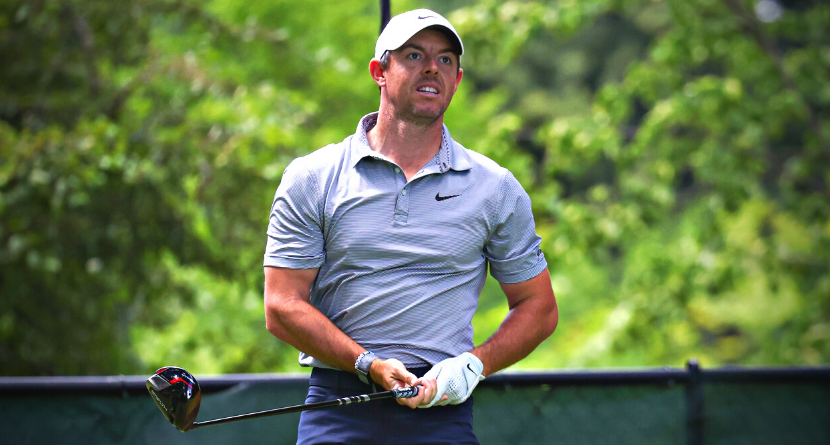 You either die a hero, or you LIV long enough to see yourself become the villain.

Thankfully those aren’t the actual stakes for Rory McIlroy, who, like Gotham City District Attorney Harvey Dent (before, you know, that whole Two-Face thing), has done an admiral job confronting a crime syndicate with his dogged devotion to justice.

We can’t take credit for the Batman analogy. Appearing on the latest episode of the massively popular No Laying Up podcast, fellow PGA Tour pro Max Homa stumbled upon a new nickname for the 33-year-old while applauding him for battling the LIV Golf riffraff.

“I feel really bad for Rory — he should not have to do this week in and week out,” Homa said. “He’s doing an amazing job. It scares me in a way. To all the big Batman fans out there like me, he’s kind of our Harvey Dent right now. And he shouldn’t have to keep sticking his neck out. If anything ever came out…no one’s perfect. It’s tough for him to keep having to say this over and over and over again. I’m sure he’s friends with Brooks [Koepka]. They live near each other in Florida. They’re both elite golfers. He shouldn’t have to talk sh–. They’re [the press] kind of pushing him to say something bad about him.”

🗣 “You can buy a tour for sure, but you can’t buy my goals and my dreams.”@maxhoma23 sounds off on the latest LIV developments, his motivations, PGA Tour news, and a lot more.

McIlroy’s outspokenness has coincided with a stellar stretch of golf that continued Thursday at TPC River Highlands. One day after labeling Koepka “duplicitous” for changing his tune and fleeing to the Saudi-funded rival circuit, McIlroy fired an 8-under 62 to set the early pace at the Travelers Championship.

Afterward, he acknowledged he was battling through fatigue and a sinus issue. He really is the hero Ponte Vedra Beach deserves.

“I didn’t hit any golf balls Monday and Tuesday,” said McIlroy, who’s now ranked second in the world behind Scottie Scheffler. “I flew back down to Florida for a day, spent the night in my own bed, flew back up Tuesday, didn’t come to the course, and then yesterday playing the pro-am in the rain wasn’t really great preparation, but I feel — I played well at Brookline. I’m not going to lose it in two days. I knew my game was good.”